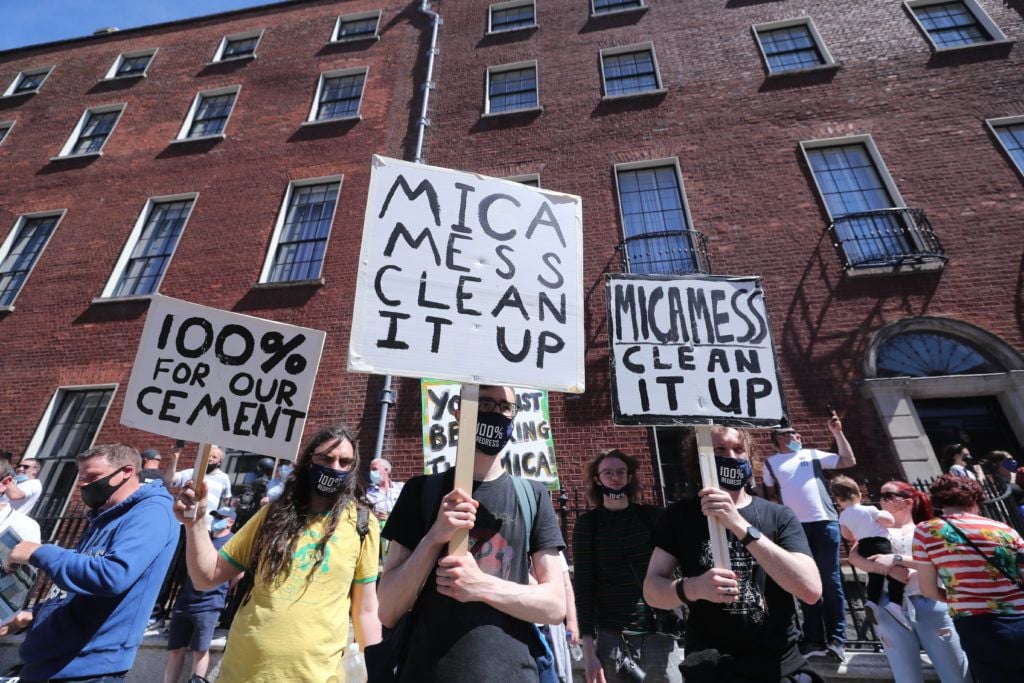 Engineers dealing with the mica problem believe full demolition of all affected houses is required, a solution that would push the bill for the redress scheme over €2 billion.

As the Irish Examiner reports, Donegal county council has recommended so far that about a quarter of affected houses be demolished.

Engineers are reluctant to sign off on any houses that have been remediated rather than demolished because of fears mica is still present and could do further damage in years to come.

An estimated 5,000 private homes in Donegal and more across Mayo, Clare, and Sligo are affected by mica, a destructive mineral found in aggregate used for concrete blocks.

There is not yet any estimate for the number of social houses or public buildings which used concrete blocks from the same source that may contain mica.

Derry-based engineer Ambrose McCloskey, who is on the panel of engineers appointed to examine houses, wrote to Donegal County Council in February suggesting that homeowners have not been fully informed about the problem.

“Primarily, my concern is that most homeowners believe that once they have the remedial works carried out their home will be ‘problem free’ and fully insurable/mortgageable,” he wrote.

“Obviously any course of remedial works short of a complete demolition will mean that mica blockwork will remain within the structure (most notably within the internal substructure supporting the house) and thus there is still a high likelihood of further deterioration in the future.”

Mr McCloskey said he has written to other engineers on the scheme and many of them share his concerns.

“I know it’s easy for an engineer to say that all should be demolished, but I have a lot of genuine reservations about the whole thing, as do others,” Mr McCloskey said.

“You have to wonder whether standards are being influenced by financial pressures to recommend certain remedial work and I don’t believe that that can be a long-term solution.”

There are five options in the remedial scheme that engineers can recommend once mica is discovered. The most expensive is complete demolition to the cost of €275,000 and the least expensive is option five, which is to demolish the outer leaf of external walls, with a cost of €50,000.