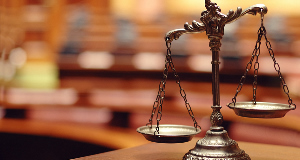 A former Dublin scout leader has been jailed for six and a half years for the sexual abuse of four young boys.

In 1997 David O’Brien, now aged 67, told gardaí during their investigation into one of the victim’s allegations that while he did not recall the alleged offences, he was not denying them.

The accused went on to tell gardaí that he molested a number of other young boys in the scouts. The court heard that a file was submitted to the state solicitor, but there was a direction made not to prosecute.

He was jailed for four and a half years in October 2015 for sexually abusing six young boys on camping trips in the late 1970s and 80s.

Passing sentence today, Judge Karen O’Connor said that while she agreed with defence counsel that had the system worked these matters could have been addressed years ago, this in no way took away from O’Brien’s moral culpability.

Judge O’Connor said the case was aggravated by the breach of trust and by three of the victims being warned not to tell anyone. She commented that the victims were “deprived the innocence of childhood”.

She said the case was mitigated by O’Brien’s guilty plea. She said he has expressed remorse and co-operated during the investigation, and noted that a term of imprisonment was likely to be more difficult for someone of his age than for a younger person.

Judge O’Connor sentenced O’Brien to two years imprisonment on a single count of indecent assault relating to each of the four complainants. She ordered that these sentences would run consecutively to each other for an effective operating sentence of eight years imprisonment.

She suspended the final 18 months of this eight years sentence on condition that O’Brien come under the supervision of the Probation Service for 12 months post release.

Judge O’Connor concluded her sentence by commending the victims for the courageous manner in which they pursued the case. She said that none of what happened was their fault and that she hoped their future would be “brighter than the pain you have gone through in the past”.

In his victim impact statement, which he read out in court, the first victim said that the abuse changed his life forever.

The man said that he came from a working class family and his father gave money to buy a uniform, rucksack and sleeping bag for his first camping trip.

He said that he never went back to the scouts after being assaulted on the trip and his father went “ballistic” due to the apparent waste of money. He said that he did not tell his father about the abuse until shortly before his death.

After he finished giving his statement, Judge O’Connor told the man that it was very courageous of him to read out his statement in court and that his father would have been proud of him.

In his victim impact statement, which was also read out in court, the second victim said he suffered trust issues as a result of what happened to him. He said he knew what had happened to him was not right but could not speak up about it.

The third victim declined to make a victim impact statement.

In his victim impact statement, which was read out in court, the fourth victim said he developed an acid reflux due to stress. This required multiple surgeries and he attributed it to being abused on the scouting trip.