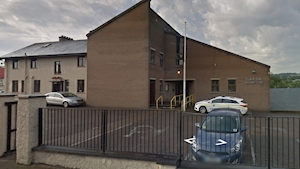 A former Scout leader has been arrested for the second time for questioning about the sexual abuse of up to 20 boys over a period of 30-years while he was in Scouting Ireland.

Gardaí from the Protective Services Unit in Cork city have also seized documentation, electronic devices and computers from four addresses in Cork and Kerry as part of what has been described as a lengthy investigation.

They mounted the search operations early this morning at three properties in Cork and at one property in Kerry.

It is understood the searches were conducted at the man’s home, at two business premises and at a scout hall and a scout camp.

The seized items will now be subjected to a detailed forensic examination by garda technical experts.

The man was arrested at an address in Cork as the searches were being conducted and he was taken to Togher Garda Station where he was detained throughout the day under the provisions of Section 4 of the Criminal Justice Act, 1984, which allows gardaí detain suspects for up to 24-hours.

The man was also arrested in October 2018 for questioning at the same garda station about allegations of child sexual abuse by members of the scouts in Cork. He was released without charge after several hours of questioning.

But it is understood that in the months afterwards, gardaí received a number of new allegations about historic abuse linked to Scouting Ireland.

It is understood that up to 20 men, including three brothers, who all range in age from their 20s to 40s, have alleged that they were abused by the man at a number of locations between the 1980s and the 2000s.

This arrest is one part of a wider national investigation by gardaí into allegations of historic child sexual abuse in Scouting Ireland.

It was launched last year following after a PrimeTime Investigates programme into the handling of sex abuse allegations in the Catholic Boy Scouts of Ireland and the Scouting Association of Ireland.

Following a review of its files, Scouting Ireland confirmed that of the 1,000 complaint files it had, about half related to abuse, with 401 relating to sexual abuse complaints. A total of 247 alleged abusers were identified.

Late last year, Scouting Ireland said it had referred 173 complaints to Tusla and 176 to gardaí and the PSNI.

Following today’s arrest, gardaí said they have carried out a lengthy investigation into the matters and that they are still liaising with a review group comprising Scouting Ireland and the child protection agency, Tusla.

“Each and every complaint made to An Garda Síochána will be investigated with professionalism and compassion,” a gardaí spokesman said.

Ireland innomin - February 29, 2020
0
Gardaí are at the scene of a serious collision in Louth. The two vehicle collision occurred at around 2.15am this morning. Gardaí said...

Leap calendar year working day: how you could (and should really) celebrate 29 February...

Leap calendar year working day: how you could (and should really)...