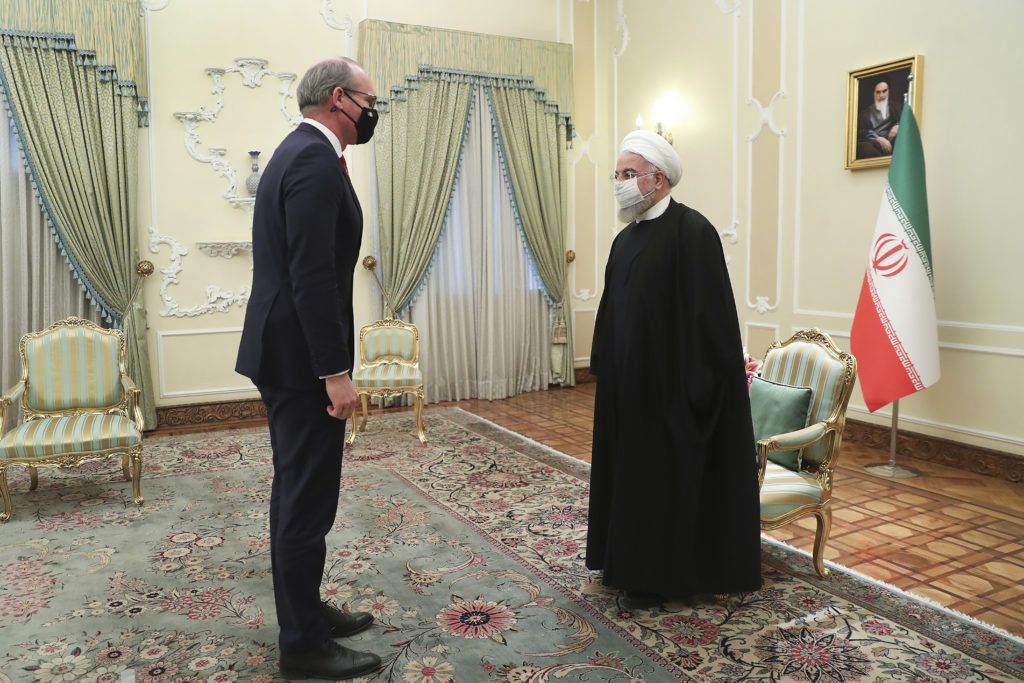 The Minister for Foreign Affairs Simon Coveney has held a meeting with the Iranian President Hassan Rouhani, with a global nuclear deal on the agenda.

During the meeting, Mr Rouhani said Iran is prepared to take steps to live up to measures in the 2015 nuclear deal with world powers as soon as the United States lifts economic sanctions.

He said: “Iran is ready to immediately take compensatory measures based on the nuclear deal and fulfil its commitments just after the US illegal sanctions are lifted and it abandons its policy of threats and pressure.”

The Republic of Ireland has the role of facilitator in the implementation of the nuclear deal.

The Iranian leader criticised the European signatories of the historic nuclear deal for what he said was their inaction on their commitments to the agreement. He said Iran is the only country that kept its side of the bargain.

In 2018, Donald Trump unilaterally withdrew the US from the Iranian nuclear accord, in which Tehran had agreed to limit its uranium enrichment in exchange for the lifting of economic sanctions.

When the US then re-imposed some sanctions and added others, Iran gradually and publicly abandoned the deal’s limits on its nuclear development.

Mr Coveney said the withdrawal by former president Mr Trump was a mistake and noted that the new US administration is determined to return to the deal.

In December, Iran’s parliament approved a Bill that calls for the suspension of part of UN inspections of its nuclear facilities if European signatories to the 2015 nuclear deal do not provide relief from oil and banking sanctions.