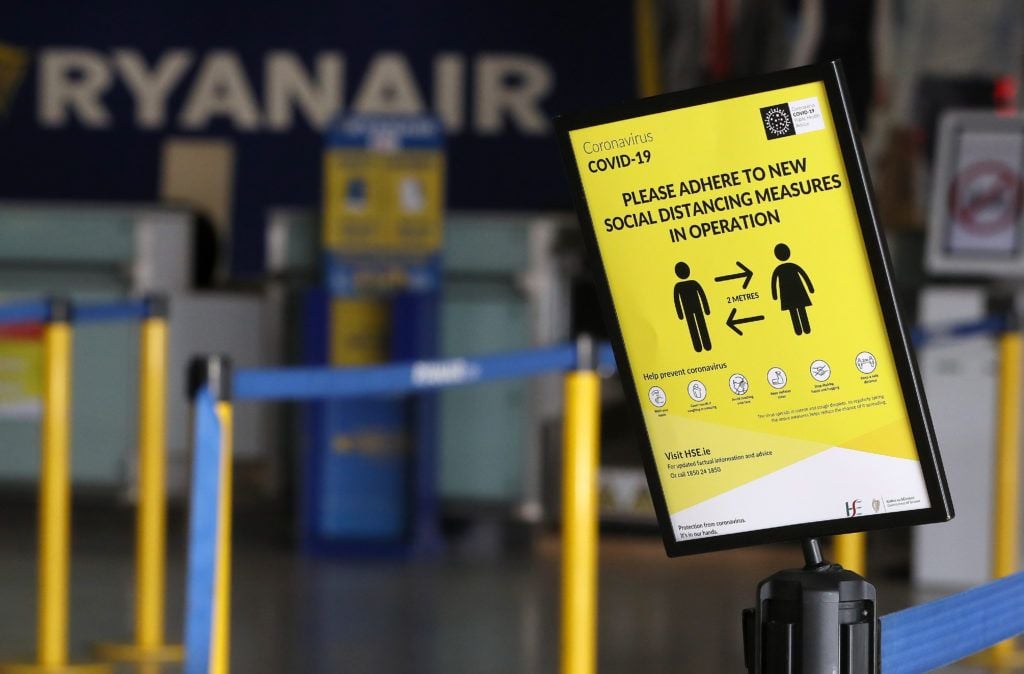 Footage of Irish holidaymakers returning to the Republic from winter sun destination Lanzarote has sparked outrage on social media.

In a segment on RTÉ’s Prime Time on Tuesday evening, reporter Conor McMorrow spoke to those arriving into Dublin Airport off a flight from the island in the Canary Islands.

Mr McMorrow said that while dozens of Irish people had come off the flight, the vast majority did not want to be identified or speak to the reporter.

However, one man interviewed confirmed he had been in Lanzarote for a holiday and had gotten a PCR test for Covid-19 before returning to the Republic.

On the day we surpassed 3,000 Covid deaths these people were arriving home from Lanzarote with a fresh tan #rtept @ConorMcMorrow pic.twitter.com/EMLjeNgviz

“They’re very strict over there,” another passenger said. “The bars close at 6 o’clock on the dot, there’s a curfew at 10 o’clock.”

Asked if he had seen many other Irish tourists during his holiday, the man said: “It’s all Irish… all Irish people there.”

The report sparked outrage on social media in Ireland, with #Lanzarote trending on Twitter, as people reacted to the holidaymakers amid the current Level 5 restrictions in place across the island under which people are asked to avoid all non-essential travel.

Sweet suffering Jesus – all the Irish people coming back from lanzarote last night on @RTE_PrimeTime and not wanting to be interviewed or identified – hmm – and strolling on out the doors of Dublin airport, unimpeded …I despair

People going on holidays to Lanzarote would be fined because it was not an essential journey, he said. “Those people are breaking the law.”

On Tuesday, Cabinet Ministers signed off on new restrictions on travel into the Republic amid the Covid-19 pandemic.

The measures include a mandatory quarantine period in a designated facility for travellers arriving without proof of a negative PCR test for the virus taken in the previous 72 hours.

In a move to beef up enforcement measures, there will also be an increased Garda presence at checkpoints near ports and airports to question people as to whether their trips are essential, and officers will be able to hand out increased fines.

The new measures would take a “few weeks” to operationalise, the Tánaiste Leo Varadkar has said.

Opposition TDs from Sinn Féin and Labour criticised the new measures as “half-baked”.

Two-thirds of cases in Ireland can now be attributed to the more contagious UK variant, the Minister for Health said on Tuesday.

Explainer: Who will have to quarantine under new C…

However, speaking at a briefing announcing the new travel restrictions, the Taoiseach and Tánaiste held that travel was responsible for no more than a small proportion of Covid-19 cases in the Republic.

Dr Tony Holohan, Chief Medical Officer, said more Covid-19 cases had been reported in the month of January than all of 2020.

Current Level 5 lockdown restrictions have also been extended to March 5th, in line with those of Northern Ireland.