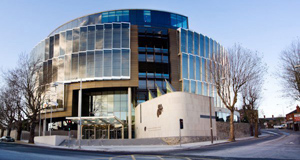 A Co Monaghan farmer has been jailed for six years for sexual assaults on his grandchildren.

The 67-year-old man, who cannot be named to preserve the anonymity of his child victims, was convicted last March of sexual assault and child exploitation six years ago.

A month after the first complaint emerged, another child described to gardaí that during a sleepover her grandfather was naked when he touched her while she was in bed.

A third sibling told gardaí that her grandfather put his hands inside her pants and told her it was their secret.

After his arrest the man told gardaí that the first child “made the whole thing up”. He also suggested that if anyone was abusing the children it was their father.

Gardai were then obliged to investigate this allegation against the man’s own son. In a victim impact statement this man, the father of the victims, told the court that the defendant has never shown any remorse for his actions.

Both he and the child’s mother told the court that they were subject to a campaign of intimidation by the defendant since the allegations emerged.

Dublin Circuit Criminal Court heard they complained to gardaí about this and gardaí reminded the defendant that the conditions of his bail including having no contact with the complainants.

Sentencing him on Thursday afternoon Judge Patricia Ryan said the victim impact reports had made a “harrowing read” and no one who heard them could forget them. She said they had set out strongly the effect on the children of having to come to court and not being believed.

She said the offences occurred in a place where they should have been safe and were a huge breach of trust by a trusted member of the family.

Judge Ryan noted in mitigation his previous good character, testimonials handed into court and his medical conditions. She imposed a sentence of eight years and suspended the final two years on strict conditions.

During a trial last March at Dublin Circuit Criminal Court the man had pleaded not guilty to sexual assault and sexual exploitation of one child who was aged four at the time. He also denied sexual assault of two others, aged eight and ten.