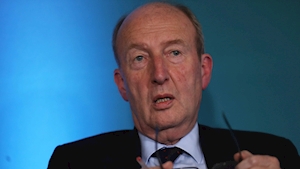 A union official representing FAI development officers has welcomed a proposal from the Minister for Sport Shane Ross to restore funding at grass roots level.

Denis Hynes of SIPTU told RTÉ radio’s Morning Ireland that development staff are paid a modest income for their work at club level which includes coaching and training.

“They were not concerned about their jobs until last week, they thought they would be alright,” he said.

However, over the weekend, following Friday’s revelations of the FAI’s debts of €55m, the development officers became very concerned about their jobs and their families in the run up to Christmas.

“They have been made aware that there will be consequences (to the debts). We have sought a meeting with the association to see what the consequences will be,” he added.

The meeting has not yet been arranged, he said, “but we’re not saying we’ll be accepting their proposals.”

Mr Hynes said that there had been a warm welcome from the development officers he represents to the proposal from the Minister to bypass the FAI to restore funding at grassroots level.

“There was a warm welcome from our staff to what the Minister is trying to do to see that the money is going to the grassroots and won’t get lost in the ether.”

But he warned that the proposal “still falls short” in saving the jobs for another 140 workers.