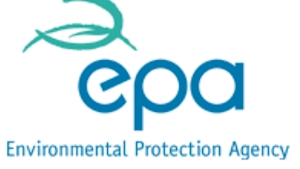 The Environmental Protection Agency (EPA) is calling for a country-wide ban on smoky coal despite the threat of legal action by the coal industry.

“A ban on selling smoky coal will save lives,” she said.

The EPA has doubled the number of air quality monitoring stations around the country since 2017, added Ms McMahon.

“This is really a health issue.”

Ms McMahon said that the ban on smoky coal which has been in place since 1990 has worked well in Dublin and in larger cities like Cork, “but it hasn’t worked well in smaller towns where people can go only a few miles to buy it, we’re calling for a nationwide ban of smoky coal.

“We are calling on people individually to make a choice themselves because most of the pollution is going directly into their living room and affecting them and their children’s health.

“Even burning non smoky coal and wood will increase the particles in the air. The difference is the sulphur dioxide, which we can see in certain towns, you wouldn’t see that in Dublin.”

She pointed out that open fires are the worst, stoves are slightly better and an eco stove has 80% fewer emissions. “The ideal thing is a heat pump. But that’s not realistic for most people.”

As a result the EPA has developed a spectrum of possible changes to show people that by taking even one step in the right direction, will actually improve the air quality in their homes and help their family.”

When asked why legislation proposed by Alan Kelly TD while Minister for the Environment has not yet been implemented, she said she understand there was a threat of legal action by the coal industry “which could actually see a reversal of the current bans in place since 1990.

“Hospital admissions go up every time the air quality gets worse, they almost double for people with asthma and there is a 50% increase in heart failures when air quality deteriorates, so the sooner the ban comes in we should see an improvement in people’s health.

“International studies show that within a year of introduction of such bans there is a long term improvement in people’s health – lung and heart health. Even one step on the spectrum will make a difference.”

Ireland innomin - January 27, 2020
0
A woman was discovered in labour on a Dublin street in the early hours of this morning.It's understood passers by heard a woman...

Wales innomin - January 27, 2020
0
A leading health expert has warned that the lethal coronavirus can be spread from person to person before someone realises they...

Ireland innomin - January 27, 2020
0
Seamus Mallon was a bridge-builder who dedicated himself to peacemaking, the head of the Catholic Church in Ireland has told mourners at his...