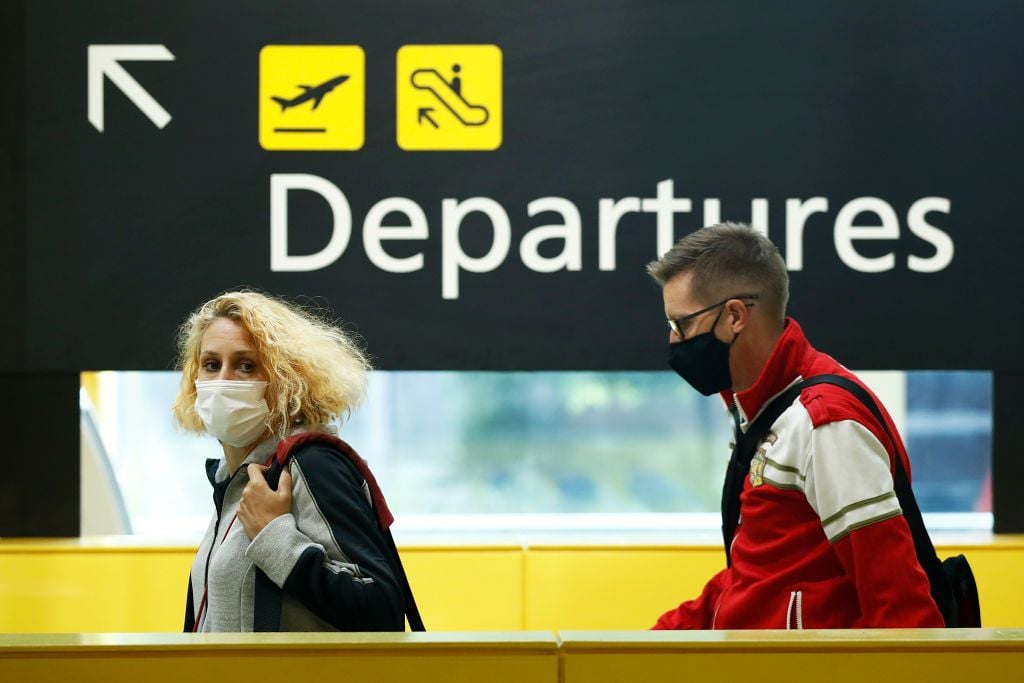 Bringing the Covid-19 pandemic to an end on the island of Ireland requires politicians of the same calibre as those who ended the Troubles, a leading public health expert has said.

Dr Gabriel Scally said he was “extraordinary disappointed” in politicians who had rejected an all-Ireland approach to suppressing the coronavirus and returning to a normal social and economic life as “impossible”.

It comes as on Wednesday, the Taoiseach Micheál Martin insisted that the Government could not deliver a zero-Covid strategy in Ireland.

“They say it’s impossible – never say why it is impossible. They are the people who make it possible or impossible,” Dr Scally said separately.

“Doing things like putting in quarantine and a unified approach to contact testing, they say, ‘oh no, it’ll never happen,’ or ‘the DUP won’t agree’ or ‘it’s impossible’ is a good word, isn’t it.

“I say to those politicians, very senior politicians, for whom I have had great respect, that I’m so glad that they weren’t around at the time of the peace process,” Dr Scally added.

COVID-19 on the island of Ireland CAN be brought to an end by our politicians, north & south. In this clip, I say they need to deliver #ZeroCovid for the people and stop producing excuses. The full @ISAGCOVID19 public meeting is here: https://t.co/hnpbkXopGO pic.twitter.com/cPIjzujOcG

Dr Scally appealed to politicians north and south of the Border to “lay aside some of their prejudices” to tackle the pandemic.

“There were politicians who had vision, had determination and saw that it was possible to bring the Troubles to an end,” he said.

“And it is possible to bring this pandemic to an end in this island, but it requires politicians of similar calibre and drive and intelligence to take it forward.”

Dr Scally is a member of the Independent Scientific Advocacy Group (ISAG), a group advocating for an alternative to the Government’s current strategy of “Living with Covid-19”.

Writing to the Government in December, the group of public health experts warned that January was likely to see a renewed lockdown, followed by many others into 2021.

The Government has also been urged by People Before Profit party members to reconsider its current approach of responding to surges of the virus with lockdowns.

Speaking separately on Wednesday, the Taoiseach said he did not believe the Government could deliver a strategy to eliminate the coronavirus in the Republic due to its shared border with Northern Ireland.

“I didn’t believe that we could achieve a zero-Covid strategy and deliver it, and even now, in the context of dealing with Covid, the situation in Northern Ireland is problematic,” Mr Martin said.

“In terms of, for example, even when we banned flights from the UK into the Republic, of course, people flew into Belfast.

“The prospect of sealing the border between the North and the Republic is not a reality,” Mr Martin added.

Mr Martin’s comments contrast with those of leaders in Northern Ireland, who previously criticised the Republic’s Government over an alleged failure to communicate over travel during the pandemic.

Stormont’s first minister Arlene Foster said repeated attempts by the Executive to access data on passenger locator forms filled out by people arriving in the Irish Republic had proved unsuccessful.

Amid a third surge of Covid-19 both north and south of the Border in the wake of Christmas, the Government looks set to extend Level 5 Covid-19 restrictions into February, after Ireland reported a record daily high in confirmed coronavirus deaths on Tuesday.

There were 61 further Covid-19 related deaths and 2,488 additional cases confirmed in the Republic on Wednesday.

In the North, members of the military are to be brought in to support health staff as a further 22 deaths were recorded in the region, along with another 905 cases.