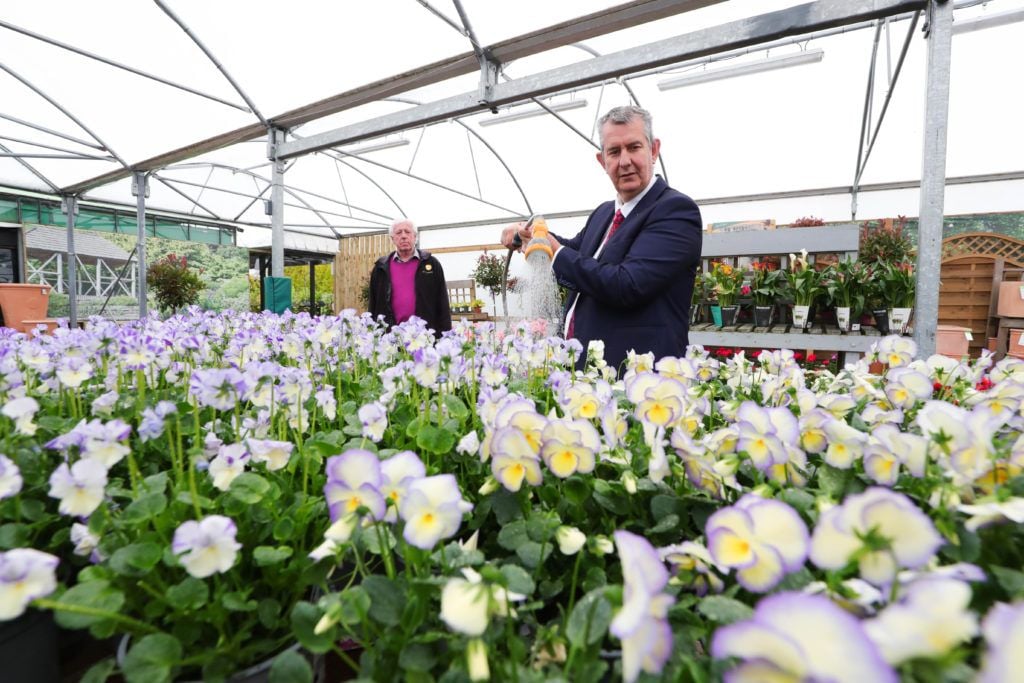 A Stormont minister has urged the UK and Irish governments to take urgent action to address Brexit barriers to importing soils and plants into Northern Ireland.

Agriculture minister Edwin Poots said the viability of the region’s agriculture and horticulture sectors is on the line as a consequence of new Irish Sea trading arrangements.

The Northern Ireland Protocol, which governs the movement of goods between Great Britain and Northern Ireland, is currently preventing the importation of certain plants, soil, plant products and seeds.

Minister @edwinpootsmla has again asked for action on the issues facing the horticulture sector as a result of the Northern Ireland Protocol (NIP), agreed between the UK and the EU. More info: https://t.co/OUoPuz7caA pic.twitter.com/KHQw6GMdQ7

He said he has now raised it in an inter-ministerial group with ministers from England, Scotland and Wales.

“As things stand, the implementation of the NI Protocol continues to prevent the marketing in NI of many plants, plant products and vegetable seeds from Great Britain (GB) that are of significant importance to the agriculture and horticulture sectors,” he said.

“This includes the movement of soil from third countries, including where it is associated with plants.

“The importance of allowing trade to continue is absolutely vital to the agriculture and horticulture sector’s viability and associated economic activity.

“This is an urgent issue and will have significant impacts on important NI and ROI trade.

“That is why I have written to both the UK Secretary of State George Eustice and Irish Agriculture, Food and Marine (DAFM) Minister Charlie McConalogue to raise these concerns for immediate action.”

Mr Poots also insisted that a statutory rule (SR) passed in the Assembly in December to reflect the changes brought about by the protocol could not have been altered to prevent the introduction of the new arrangements.

“The SR could not change the consequences of the Northern Ireland Protocol, as voted for by the Westminster Government,” he said.

“The prohibition of the movement of soil from third countries, including where it is associated with plants, are mandatory obligations imposed by the protocol and the SR could not have changed that.”