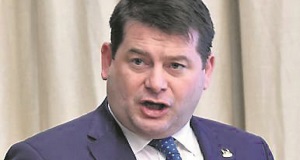 Finance Minister Paschal Donohoe has confirmed he is to conduct a review of TDs’ expenses on foot of the Dara Murphy controversy.

It is the responsibility for the Finance Minister to initiate an overhaul of the system and he will consult with the Oireachtas commission about how to do so.

Responding to the Irish Examiner, Mr Donohoe said he is moving now in light of concerns which have arisen.

“I have discussed this with the Taoiseach. There are clearly issues which have emerged in relation to the operation of this system that do need very careful consideration,” he said.

“This regime is taken seriously, people are aware of their responsibilities. However, a number of issues have now emerged which mean I need to review this.

“I will be working with the Taoiseach now and consulting with the Oireachtas Commission to see what is the way we can do this. I am very much aware of the concerns generated among citizens who see issues like this.

“So we will be working to see if we can deal with the matters of concern which have arisen,” he added.

Earlier in the Dáil, Taoiseach Leo Varadkar also signalled a need for the system to be overhauled, describing it as a “far too lax system” “made by politicians for politicians.”