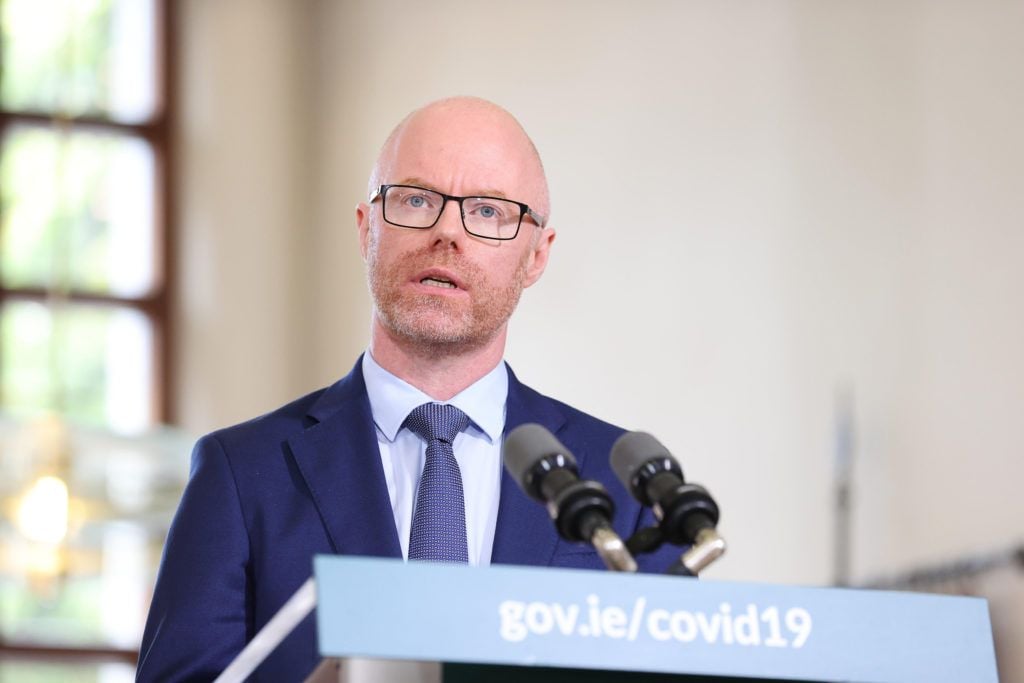 Minister for Health Stephen Donnelly has said that September remains the aspirational date for everyone in the country to be vaccinated.

Speaking on RTÉ radio’s Today with Claire Byrne show, Mr Donnelly said that his comment was not a promise, it was “heavily caveated” and was based on the schedule of advanced purchases of vaccines.

Responding to criticism of the proposed mandatory quarantine scheme, the Minister said that the most important part of the Government’s recent plans was not international travel, it was extending Level 5 restrictions until March 5th.

The quarantine plan was important because of the new variants, he said. Of the 667 outbreaks in the past two weeks only one was linked to travel but new variants from South Africa and Brazil were “a game changer” which had led to the Government halting visas for people from Brazil and South Africa.

“It’s a country of origin thing. They won’t get a visa.” The Government could not legislate for other countries, but they could instruct the carriers that a negative PCR test was a requirement on arriving in Ireland. “We will now prosecute if they don’t have a negative PCR test.”

Even if people have negative results on Day 1 and Day 5, there will not be an easing of quarantine, he said.

When asked about what powers the gardaí will have to enforce the quarantine measures, he said that it was entirely possible that gardaí “knock on the door” to check that people were observing the quarantine. “We will look at providing PPE and protocols.”

The situation was “intolerable” for everyone, he said. There was a mental health cost, a human cost and an economic cost. “This has been the most difficult year in living memory”.

Mr Donnelly said he did not want to see rolling lockdowns, vaccination was a game changer and the vaccination programme was “going well”.

When asked about calls by the Opposition for a zero Covid policy, the Minister said he was not dismissive of zero Covid and had considered it as there was “a lot of sense to some of it”, but the big challenge was north-south travel.

In theory borders could be locked with no one getting in or out, but the North and the UK government had ruled out any checks between them. They were not going to seal (the island) for political reasons, he said.

Many people in the North considered themselves Irish citizens and he was not going to stop them moving around the island.

The Government was looking at the merit of aligning Ireland and the UK as closely as possible — a two island strategy was being explored to clarify “if there is merit to us closely aligning the border control measures for the UK and for Ireland as possible, which deals with the challenge, which is free flow, north/south and east/west from Northern Ireland”.

The plan after March 5th was to “ramp up” the vaccination programme which would then allow the opening up of priority areas.

If the vaccines that have been ordered come in on schedule then it was reasonable to assume that everyone would be vaccinated, he said.

Mr Donnelly said that the EU was working hard to find out why AstraZeneca was not delivering the vaccine as planned. The EU has been “blindsided” by AstraZeneca when they announced a major reduction in supply. The EU was seeking details to see if the doses ordered by the EU were going elsewhere.

The Minister admitted that up to 70,000 frontline workers had not yet been vaccinated and that there had been “a huge clamour” for the vaccine. NIAC had drawn up the priority list which prioritised nursing home residents and that was what was being followed.

“We are getting the vaccine into as many arms as quickly as possible.”

Mr Donnelly said he would be following up on a report that a number of vials of the vaccine had to be dumped because they were incorrectly stored. “We can’t have that happening, these vaccines are too precious.”

Vaccination targets were being met, he said, the plan was working and the vaccination teams were doing great work. There had been a one-week glitch in supply of the Pfizer and Moderna vaccines, but the supply lines were better now.

It’s a huge job. Bing Minister for Health is a busier job than normal.

When asked if there should be a clinical lead of the vaccination programme, the Minister said Colm Henry was the clinical lead and he was the political lead. “It’s a huge job. Bing Minister for Health is a busier job than normal.”

Mr Donnelly paid tribute to the HSE who he said were “doing an incredible job”. They were taking on more work all the time and “every time they deliver.”

The public could help the health service and front line workers by following restrictions and staying home.

Once the numbers were reduced and the vaccination programme continued then the country could “open up gradually” with schools and colleges getting “up and running” in a careful way.

The Minister said he understood the frustration of the public. “My own granny is 101, I dearly want her to get the vaccine, I haven’t seen her since last February.”

Ireland innomin - February 27, 2021
0
Former UN human rights envoy Mary Robinson has called not intervening in the case of Sheikha Latifa her “biggest” mistake. The daughter of the...

I had a home and a career before my mum became terminally ill and...

Wales innomin - February 27, 2021
0
At his lowest point, Chris Lewis found himself sleeping at the building site where he worked. Waking up in the dust...

Ireland innomin - February 27, 2021
0
Unionists taking legal action against the UK government over the terms of the Northern Ireland Protocol have warned the UK's prime minister Boris...

I had a home and a career before my mum became...