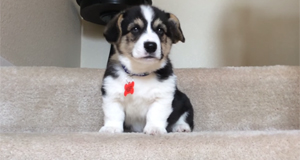 Online marketplace DoneDeal has temporarily suspended advertisements for the sale of dogs as dog thefts have been highlighted in recent months.

Gardaí have made a number of seizures of animals in recent weeks, including the recovery of 10 dogs during a search operation in Rathkeale, Co Limerick last weekend.

In a statement on its website, DoneDeal said it had taken the decision as it works “on further solutions to improve animal welfare”.

The company said it had already introduced measures in the dogs section to further improve transparency around their advertisement, such as capturing microchip numbers, however, it said it was not possible to manually review every ad placed on the website.

The company said it was working “closely with several animal welfare groups including the ISPCA” in order “to find the best possible solutions to maximise transparency and protect animal welfare.”

However it said it feared that “removing the section may push activity offline and lead to reduced transparency when it comes to advertising dogs.”

It comes as the Irish Times reported on the dog-trafficking trade in Ireland, finding that stolen dogs can frequently change hands a number of times before eventually being sent to the UK to be resold for a higher price.

Speaking to the paper, gardaí confirmed a “black market” for dogs, with Detective Sergeant Michael Reidy of Newcastle West saying they were “aware of a lot of dogs that are being stolen in the Munster region” being sold on in the UK.

The detective led the investigation into the dogs recovered in Rathkeale, with intelligence gathered by his team suggesting that the 10 dogs were bound for the UK and due to be shipped out as early as the recent Bank Holiday Monday.

“The price of all dogs has gone through the roof in recent times. It’s become a very lucrative industry,” Det Sgt Reidy told the paper.

Vet Finbarr Heslin told the paper that “at European level, pups are now the third most-trafficked entity. After drugs, it’s guns, and then pups. The legal dog trade in Europe is worth €13 billion a year.”

This comes as there have been calls for laws to be changed so that dogs cannot be advertised for sale on social media or online marketplaces like DoneDeal.

Wales innomin - September 28, 2020
0
One of the most discreet but deadly household bugs is crawling around your sheets without you knowing. And with humidity levels...

UK News innomin - September 28, 2020
0
China’s strategies to relocate its British isles embassy to the East Conclude of London is dealing with opposition owing to its repression of...

How to get rid of dust mites in your bed this...