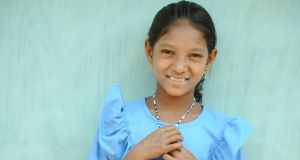 Trócaire launch their 2020 Lenten campaign today and are focusing on supporting and defending women in the developing world.

Paired with the launch of this campaign is Trócaire’s new report titled ‘Women Taking the Lead: Defending Human Rights and the Environment’.

The paper explores how women are disproportionately impacted by climate change and the abuse of human rights by corporations.

The study shows that disasters resulting from climate change are estimated to kill 14 times more women than men.

It also found that attacks on female human rights activists are on the rise with 137 women attacked last year.

Bertita Zúñiga Cáceres, leader of @COPINHHONDURAS – an organisation supported by Trócaire – spoke at the launch of the Trócaire report ‘Women Taking the Lead: Defending Human Rights and the Environment’ at Stormont, Belfast today. pic.twitter.com/rhqPOsxUYq

“This year we want to draw attention to the fact that climate change and private sector corporation violations are having such an awful impact on people.

“But also that these issues can be addressed with the support of Irish people by supporting Trocaire’s lenten campaign.

“So people should be very proud of this contribution,” she said.

Over 300,000 avail of State income supports due to Covid-19 ‘economic emergency’

More than 300,000 avail of State income supports due to Covid-19 impact

These are the UK’s most expensive dog breeds

Wales innomin - April 2, 2020
0
The UK's most expensive breeds of dog have been revealed and there's a few surprises in the list. Owning a dog...

Ireland innomin - April 2, 2020
0
A Garda dog true to his name hunted down a driver who fled a drugs search in which a luxury watch worth around...

Wales innomin - April 2, 2020
0
Amazon has extended the free trial period for its Music Unlimited service. Customers can now get access to the music...

These are the UK’s most expensive dog breeds