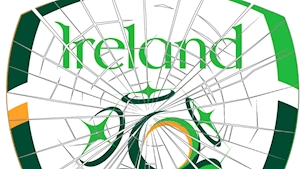 The Department of Transport, Tourism and Sport says it has yet to finalise the arrangement it will use to by-pass the FAI and fund grassroots football.

Sports Minister Shane Ross said he will look to continue support for the grassroots development of the game through a mechanism by which development officers around the country will be paid from a €2m fund administered by a third party.

The arrangement is being devised following last Friday’s publication of the FAI’s latest accounts, which show the Association had net liabilities of €55m as of the end of 2018.

However the Department has told the Irish Examiner that the details about how this mechanism will work “are still being finalised”.

“As is already known, Sport Ireland has developed an effective intermediary arrangement for the payment of grant funding to the Women’s National Team,” a Department spokesperson told the paper.

“Sport Ireland is urgently examining a similar arrangement in relation to the provision of funding for development officers. Sport Ireland’s expertise, as the funding agent, and their progression of the intermediary arrangement is welcomed, given the importance of protecting public funds,” the spokesperson said.

A union representing the development officers accused FAI management of misleading its members as to the financial health of the Association, and that staff are concerned for their futures.

SIPTU sector organiser Denis Hynes, said: “Last year, the former CEO of the FAI, John Delaney, informed our members that in 24 months the Association would be debt free, which it is now clear could never have been the case.

“In May 2019, SIPTU representatives outlined our concerns to the Board of the FAI concerning the possible insolvency of the organisation if funds from the Government and Sports Ireland were not forthcoming. At that time, the management of the FAI rejected that this was the case and added that it was shocked by the allegation.

“For staff to hear last Friday that the FAI is €55 million in debt came as an extreme shock and caused them great concern.

“SIPTU members are to some extent reassured by the announcement by Minister for Sport, Shane Ross, that he intends to restore government funding of €2 million for community-level soccer. The Minister has also stated that he plans to establish a mechanism through a third party to pay the salaries of approximately 60 soccer development officers. Our members believe that this is a positive development.

“However, SIPTU representatives are still seeking a meeting with the Minister to discuss the overall future of the FAI and the 140 workers whose livelihoods remain in the balance,” Mr Hynes said.

The Oireachtas Joint Committee on Transport, Tourism and Sport will meet with FAI officials on Wednesday to discuss its finances.