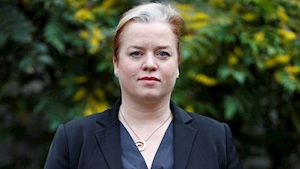 The Rape Crisis Network of Ireland (RCNI) is facing “crunch-time” as demand for its expertise continues to grow but State funding support remains stagnant.

RCNI published its annual report for 2018, outlining increasing demand for its services in all sectors.

In 2018, RCNI’s expertise was in high demand in the context of the Belfast rape trial, the campaign to repeal the 8th amendment and other legislative works.

Dr Clíona Saidléar, executive director of RCNI, said the organisation is facing increasing pressure when it comes to funding its services.

Simply, she said, the organisation is not sufficiently resourced to meet the demands it faces.

While donations from the public soared in the wake of the Belfast rape trial, this was not supplemented by additional government support, despite various government departments seeking input from RCNI.

“Our only regrets for 2018 are that so many opportunities had to be passed by as our part-time team simply could not step up to each opportunity,” Dr Saidléar said.

“The public donated generously in 2018 to rape crisis. Rape crisis centres outside of Dublin (where it is known to us) received donations ranging from €200 and €5,000 in the weeks following the Belfast rape trial.

RCNI is operating with 30% of the budget it had in 2008, Dr Saidléar told the Irish Examiner.

This came in the context of the Belfast rape trial, but also the campaign to repeal the 8th amendment.

“People wanted our input and our expertise and we simply don’t have the staff,” she said.

“We have three part-time staff and what we churn out is not sustainable on this basis.”

She pointed to a number of initiatives that RCNI simply could not participate in due to staff shortfalls, including the national curriculum review on sexual education.

“These are doors we have fought to open and now that it’s there, our resources are threadbare and we cannot make an input,” Dr Saidléar said.

“It is crunch-time for the sector.”

Further pressures are coming in the context of GDPR, data retention and confidentiality.

GDPR regulations came into effect on the same date as the referendum to repeal the 8th Amendment – May 25, 2018 – something that put “immense pressure” on RCNI resources.

“GDPR is an absolute gift to us,” Dr Saidléar said.

“It empowers services but only if we can educate people that they have these rights. It is incredibly important.

“Confidentiality is a linchpin of what we can offer. If we don’t have that then there is no such thing as Rape Crisis.”

In the annual report, RCNI argues that a “cultural shift” is needed on privacy and data.

“There remains much room for improvement so that we might fully respect and protect survivor safety in the data environment,” it notes.

In the report, RCNI notes that its Knowledge, Information and Data Collection System remains “operational but without funding”, which means that “no reliable national statistics have been available to policy-makers since 2015 when RCNI last published statistical analysis.”

Ireland innomin - January 23, 2021
0
A 14-year-old boy has been remanded in custody after he was charged with carrying out a knife attack in Dublin’s IFSC, which left...

Ireland innomin - January 23, 2021
0
A Welsh tenor who performed at the requiem mass of former Cork Ladies football manager Eamonn Ryan has written about how moved he...