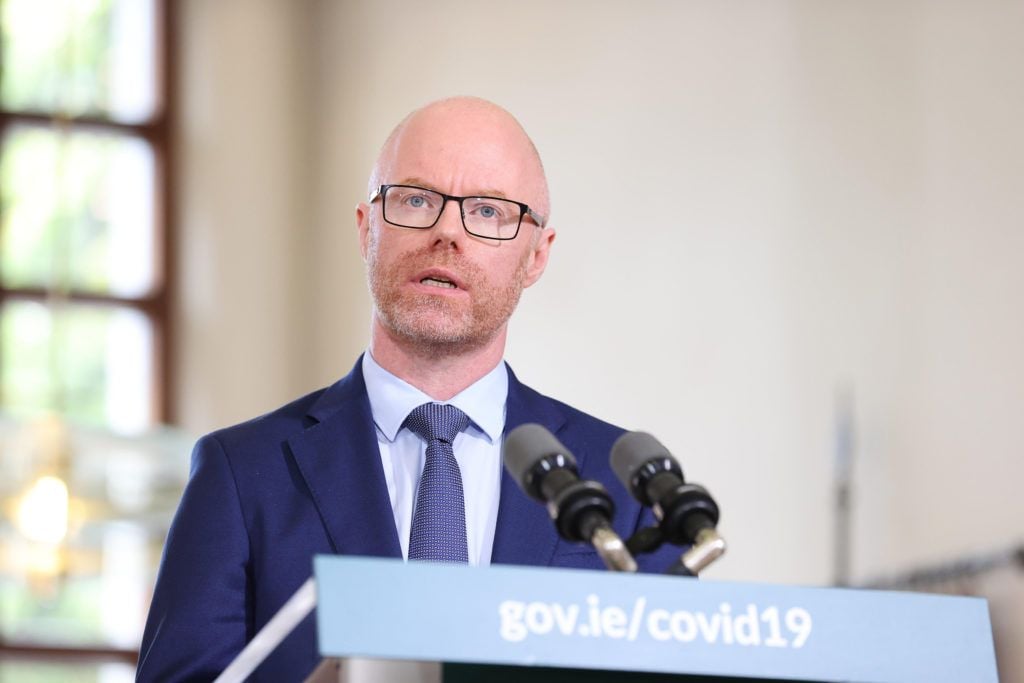 Covid-19 infections in Irish hospital staff have dropped by around 95 per cent, Health Minister Stephen Donnelly has said.

Mr Donnelly told the Oireachtas Committee on Health on Tuesday that the fall was largely thanks to vaccinations, as well as dropping levels of community transmission.

He said: “The good news is the pressure has eased. We’ve seen today that the number of Covid cases in hospitals has reduced below 500, which is very, very welcome.

“The Chief Clinical Officer, the figures he’s given are very encouraging in terms of the impact the vaccine is having. Now it’s not just the vaccine, it will be lower community transmission as well.

“But from memory, the Chief Clinical Officer was citing figures that suggested about a 95 per cent reduction in Covid infection rates for hospital staff, which is very encouraging.”

Mr Donnelly also revealed that the National Immunisation Advisory Committee (Niac) is conducting a rolling review of the prioritisation list.

He suggested the review could see key workers such as teachers and carers moved up the list.

He added: “So one of the things Niac is now looking at is key workers, including for example, the role they play, for example in supporting healthcare or the vaccination programme itself.

“Or indeed other essential activities, like education and, or indeed, caring.”

Mr Donnelly said that the vast majority of people over the age of 85 will have received their first vaccine by the end of this week.

He said there were outstanding cases for some people who are housebound, with special measures such as GP home visits and the ambulance service being put in place for those instances.

By the end of this week, Mr Donnelly forecast that 500,000 vaccines will have been administered out of a total of 520,000 received.

As of midnight, Monday 1st March, the HPSC @hpscireland has been notified of 359 confirmed cases of #COVID19.

The committee also heard that there are now over 700,000 people on hospital waiting lists, an increase of almost 22 per cent on the previous year.

Mr Donnelly said the nation’s waiting lists had been a problem for years and that this had been exacerbated by the pandemic.

He said €1.1 billion of the Health Department budget would be put towards new measures to tackle the issue.

“This money will be used to address the known capacity deficits by funding more beds and employing more staff,” he said.

Meanwhile, the number of daily Covid-19 cases fell to its lowest number on Tuesday since mid-December, at 359.

The Health Protection Surveillance Centre was notified of 14 additional deaths related to the coronavirus, three of which occurred in March, 10 in February and one in November.

The number of people in intensive care units has dropped by four to 116.

“While we continue to make good progress in Ireland, globally in the past week the number of cases of Covid-19 has increased for the first time in seven weeks.

“We must not allow this virus the opportunity to do the same here. Please hold firm to the public health advice and together we can continue to protect and build on the progress we have made over the last two months.”