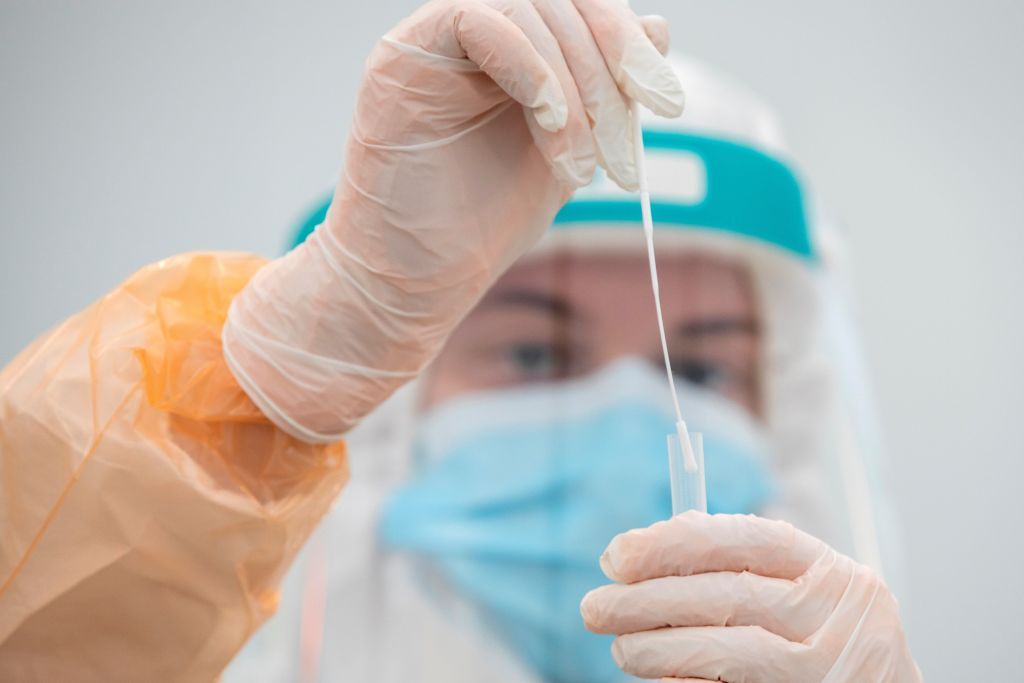 The Department of Health has been notified of 1,414 new cases of Covid-19 and 79 additional deaths.

There were 608 cases recorded in Dublin, 105 in Cork, 96 in Galway, 65 in Meath and 59 in Donegal. The remaining 481 cases were spread across all remaining counties.

According to the National Public Health Emergency Team (Nphet), at 2pm today there were 1,492 people with Covid-19 being treated in hospital, 211 of whom were in Intensive Care Units (ICU).

Commenting on today’s figures, chief medical officer Dr Tony Holohan said: “We have experienced over 1,000 deaths and more than 100,000 cases in January 2021. We have reported more cases in one month than we experienced throughout 2020. This shows just how quickly this disease can spread and how much it can impact public health.

“The efforts by all of the population in following the basic public health advice has seen us reduce the incidence of the disease very rapidly compared to most countries in Europe.

“Despite the recent, significant decrease in cases, there remains a level of infection in the population which is double that seen at the peak of incidence last October. The next few weeks need to see us maintain compliance with all of the measures that are in place so that we can get to levels of the disease that are as low as possible.”

Earlier today, comments from the Taoiseach and Tánaiste seemed to suggest the Government parties have differing opinions as to the progression of the Covid vaccination timeline in Ireland.

According to Leo Varadkar, the target of vaccinating every adult in the country by September can still be met, while Micheál Martin said meeting that target is now unlikely adding it may be the end of the year before all Irish citizens are vaccinated.

The uncertainty follows manufacturing delays among drugmakers, including Pfizer and AstraZeneca.

Previously, Pfizer said the delivery of their vaccine doses to the EU would be temporarily slowed while they build capacity at their manufacturing plants, which they said would ultimately allow for larger quantities to be delivered from the week beginning February 15th.

The news was followed by an announcement by AstraZeneca earlier this week saying they would only be able to supply half of the doses promised under their deal with the EU due to reduced yields from its manufacturing plants in Europe.

On Friday, AstraZeneca was granted approval by the European Medicines Agency (EMA), becoming the third vaccine to receive conditional marketing authorisation after Pfizer/BioNTech and Moderna.

AstraZeneca’s announcement angered the EU, who argue the drugmaker has breached their contract, prompting the EU to act against vaccines being produced in EU countries being exported from the bloc.

The EU moved to trigger Article 16 of the Northern Ireland Protocol to ensure the North would not be used as a work-around to get doses into the UK, but after the decision was heavily criticised it was quickly abandoned.

European Commission president Ursula von der Leyen later tweeted to say she has since spoken with the Taoiseach and UK prime minister Boris Johnson regarding the matter.

Ms von der Leyen said she spoke to Mr Martin “to agree on a satisfactory way to introduce an export authorisation mechanism for Covid vaccines”, before holding “constructive talks” with Mr Johnson in which they agreed there should not be restrictions on the export of vaccines “by companies where they are fulfilling contractual responsibilities”.