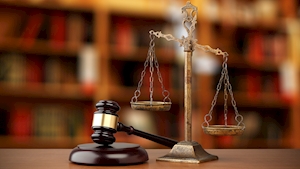 Employees who want lawyers to represent them in internal workplace disciplinary proceedings must establish an “exceptional” case the process could not be regarded as fair without such legal representation, the Supreme Court has ruled.

An Irish Rail inspector facing a disciplinary process over alleged fuel theft through misuse of a company fuel card had not, at this stage of the process, shown such an exceptional case, the court held.

That did not necessarily prevent Barry McKelvey arguing at a later stage, dependent on how the process evolves, he is entitled to lawyers, it added

The court’s decision clarifies issues concerning access to legal representation for employees in such situations.

In two judgments on Monday, all five judges dismissed Mr McKelvey’s appeal against a Court of Appeal decision which overturned a High Court injunction restraining the inquiry until Irish Rail allowed him to have lawyers.

As part of that work, he was given fuel cards to facilitate refuelling of company vehicles and machinery and other employees also had use of such cards.

Irish Rail began a preliminary investigation in late 2016 after it became concerned about the amount of fuel purchased using fuel cards in Mr McKelvey’s division.

He was interviewed and said some purchases could have been made using his card without his knowledge and his card may have been taken by another staff member.

After being advised in March 2017 he was being suspended on basic pay until further notice, his trade union representative, Paul Cullen, and Sinnott Solicitors, had in letters on his behalf challenged the lawfulness of his suspension.

Irish Rail in May 2017 initiated its formal disciplinary process to inquire into “theft of fuel through the misuse of a company fuel card(s)”.

Irish Rail argued legal representation was unnecessary for reasons including that he would be represented by an experienced trade union official.

Having determined issues of general public importance arose, the Supreme Court agreed to hear a further appeal by Mr McKelvey after the COA overturned a High Court injunction requiring Irish Rail permit him to have lawyers at the disciplinary hearing.

Giving the court’s main judgment on Monday, Chief Justice Frank Clarke said the important issue was the entitlement of an employee to be legally represented at an internal disciplinary hearing to be conducted by their employer as part of an agreed code.

A 2009 High Court decision, the Burns decision, represents the law concerning such entitlement, he said.

He set out the principles applicable to legal representation in an internal disciplinary process, including that the process be fair.

Mr McKelvey was seeking to restrain a process that has only just begun, he noted.

He could not see anything in the allegation against Mr McKelvey, the likely evidence, or the process likely to be followed which would put these disciplinary proceedings “beyond the competence of an experienced trade union official”.

The cumulative effect of factors such as a serious allegation and particularly difficult issues of law or extremely complex facts could lead, in an “exceptional” case to a view that legal representation was required, he said.

This did not seem to be such a case, he held.

In a separate concurring judgment, Mr Justice Peter Charleton also dismissed the appeal but on a different legal basis.

As Mr McKelvey is employed by a public company, public law applies and there is nothing in Mr McKelvey’s contract which required that legal representation and a right to cross-examine should intrude into the issue of his conduct as an employee, he ruled.

Wales innomin - January 28, 2020
0
McDonald's home delivery is to be made available across the UK this year, thanks to a partnership with Just Eat. The...

Martin Lewis issues important advice to anyone currently in debt

Wales innomin - January 28, 2020
0
Martin Lewis has issued a warning to anybody stuck in debt. The expense of December followed by a long January could...

Barbie unveils new range of inclusive dolls, including one with a skin condition

Wales innomin - January 28, 2020
0
Barbie dolls are getting a more diverse and inclusive makeover, as the creators release dolls that look as if they have...

McDonald’s home delivery coming to the whole of the UK this...

Martin Lewis issues important advice to anyone currently in debt

Barbie unveils new range of inclusive dolls, including one with a...