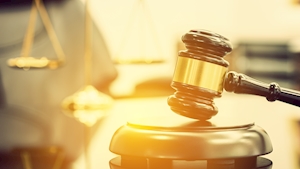 A Dublin businesswoman, who denies she ran a nightclub where a naked man tied to a crucifix had his bare bum whipped, is to appeal a decision of Dublin County Registrar, Rita Considine, striking out her bid to join a former manager to legal proceedings against her.

Forensic accountant and landlord Liam Grant has asked the Circuit Civil Court to direct that Hilda Conway forfeit her tenancy of a basement night club at 127 Lower Baggot Street, Dublin, which he alleged had been used as a brothel and for staging Sadomasochistic practices.

Conway, of Claremont Road, Sandymount, Dublin, denies having been associated with the running of such activities in the club and had brought an application before the County Registrar last week seeking to attach a former manager Brendan McQuaid, and Baggot Street Bars, to the proceedings aimed at quashing her tenancy.

She claimed in a sworn affidavit that if anyone was responsible for such activities it was her former manager McQuaid and Baggot Street Bars.

Ms Considine struck out Conway’s application on Friday last at the request of barrister Martin Canny, counsel for Grant, who said Conway was not present or legally represented in the County Registrar’s court in order to make her attachment application.

Grant, of Greenmount House, Harold’s Cross, Dublin, referred in sworn affidavits to what he described as “breaches of the utmost seriousness” against Conway and alleged sex had been available to purchase in the club which he described as a lap dancing bar, strip club and brothel.

When barrister Andrew Walker, counsel for Ms Conway, appeared in the County Registrar’s court today to explain why there had been no legal representation on behalf of Conway, County Registrar Considine said she did not have time to hear any explanation as she had to deal with a very strictly timed list of motions listed in accordance with Coved-19 regulations being applied by the Courts Service.

Ms Considine said an application had been made to her court last Friday in the absence of any legal representation on behalf of the applicant; she had been asked to strike it out and she had done so.

She then moved on to motions published at timed intervals on her Tuesday list in order to keep down the number of people in court at any given time.

Afterwards, Mr Walker said outside court that the County Registrar’s decision to initially strike out Ms Conway’s application was being appealed.

Grant had earlier told the court that when Garda Inspector Martin Mooney had led a raid on the club he had noticed a man, tied to a large crucifix, who was having his naked bum whipped in front of customers oddly dressed in few or no clothes on and wearing masks and carrying whips.