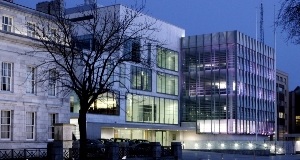 Salaries for almost 1,000 councillors are set to be increased by €8,000 to €25,000, but unvouched expenses for local politicians are to end and be replaced with a verified costs system and audits in all councils.

However, despite a clampdown on unproofed expenses for local politicians, they will get to keep a number of lucrative perks, allowances, and bonus payments.

In an interview with the Irish Examiner, John Paul Phelan, the local government minister, confirmed that the Government is to end unvetted expenses.

“We live in a time now where the idea of unvouched expenses, for any politician, for any public servant, just isn’t real any more,” said Mr Phelan.

“Up until now, there was an option for councillors to go for a vouched scheme, which has seen a significant uptake since the system was introduced. But there will be no more unvouched expenses. People will be entitled to the civil service rate in terms of mileage, which will all be vouched. We just don’t live in an era any more where unvouched expenses can be stood over.”

The Irish Examiner has also learned that councillors will be banned from claiming public money for circulating self-promoting propaganda, leaflets, or posters unless they legitimately serve the public.

The clampdown will be accompanied by a new system of legitimate political and office expenses for councillors which mirrors rules in place for members of the Dáil.

Under the changes, for example, leaflets must inform constituents about local authority issues rather than solely about self-serving events or images. Councillors were this year criticised for circulating leaflets with their images on glossy pages that featured Rugby World Cup game times.

Mr Phelan explained that, under the changes, all councils would have to audit their members. Currently, only a limited number do as it is not compulsory — even though it is for the Oireachtas.

“There will have to be an audit,” he said. “That doesn’t exist at each council level. It does exist in some local authorities. Not every local authority is doing a random audit of councillors at present. That has to happen.”

The Government will be presented with a report on pay and expenses for councillors shortly. This will assess the current rate of pay of €17,000 for councillors, which is below the minimum wage, and any rises.

The Irish Examiner understands that, while rises must be agreed as part of new public sector pay talks next year, councillors can expect to now get at least €25,000 in basic pay for 2020.

The €8,000 pay rise is expected to come from recommendations following an 18-month government- commissioned report by barrister Sara Moorhead.

This is expected to be presented to Mr Phelan and other ministers early in January, and it will then be published.

The pay hike comes after a number of councillors resigned or did not seek re-election last year, partially due to the level of pay.

However, it is understood that certain perks for councillors, such as expenses for so-called foreign fact-finding trips, an extra €1,000 for municipal district work, as well as other discretionary bonuses signed off on by individual councils, will be retained.

Councillors will also be still entitled to special bonuses as mayors.

These include €50,000 as the lord mayors in Dublin City and Cork City; €30,000 for mayors of other councils such as Kerry, Tipperary, Wexford, and other Dublin councils; while councils with 29 members or fewer — such as Galway, Carlow, and Kilkenny — will get €20,000 for the mayoral role.