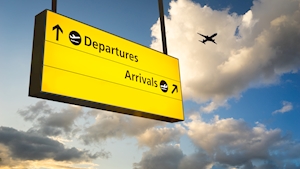 A Cork-based Pakistani man with a deportation order hanging over him is in fear for his life.

Ali Mubashar (40), who is living in direct provision at the Glenvera Hostel in Cork city, arrived in Dublin in 2015, having been brought to Ireland by an agent at a cost of about €10,000. His father raised the money for the nine month-journey taking in Iran, Turkey, Italy, France, England and Ireland in trucks and containers.

When Mubashar and the agent went to a coffee shop in Dublin, the agent abandoned him. At the time, Mr Mubashar had no English, no money and no contacts. Initially, he thought Ireland was going to be “the promised land”.

But with an appointment on March 5 with the Garda National Immigration Bureau (GNIB), he is afraid that he will be returned to Pakistan. Because he left Pakistan illegally, he will be arrested if and when he returns there.

He claims he is also threatened with a so-called honour killing over a land dispute in his birthplace of Gujranwala.

Despite his anxiety, Mr Mubashar has been doing voluntary work in a Cork city charity shop for the past four years and volunteers on a soup run for the homeless. He has also taken English lessons.

Susan Doyle, his solicitor, says there are grounds that could result in his deportation order being revoked. “Or at least, we would like to apply for an injunction until such time as the minister for justice can review his documentation thoroughly.”

She explains that asylum seekers “never know when they’re going to be deported.” This is to ensure they don’t flee. The March 5 appointment will be Mr Mubashar’s third time meeting the GNIB. He is said to be well-liked and respected in Cork and a petition with about 2,000 signatures has been signed by supporters, asking the authorities to allow him to stay here.

Coronavirus proceeds to batter US economic climate with 6.65 million submitting for unemployment very...

UK News innomin - April 2, 2020
0
A lot more than 6.65 million men and women filed for unemployment positive aspects in the US very last 7 days, the hottest...

Print this poster and put it in your window to show your support for...

Wales innomin - April 2, 2020
0
Today we are calling on our army of big-hearted readers to print and display this special poster hailing our NHS heroes....

Coronavirus proceeds to batter US economic climate with 6.65 million submitting...

Print this poster and put it in your window to show...