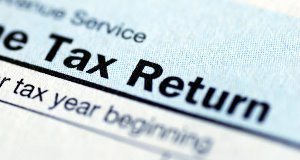 A construction worker has been jailed for three years for his part in a “relatively sophisticated” tax fraud scheme.

Sligo born Martin Stokes (35) was one of five people identified as having registered as contractors and stating that they would make tax payments on behalf of sub-contractors working for them.

Revenue issued nearly €107,000 in tax refunds and credits in relation to the named sub-contractors but the tax payments were never subsequently made by Stokes. Revenue issued the monies into a number of bank accounts which were controlled by another man.

Stokes, of Belgrade Road, Tallaght, Dublin was one of five people investigated by Denis O’Connell, a principal officer with the Revenue Commissioners, as part of a large scale probe by Revenue’s major investigations unit.

Detective Garda David Coyne from the Garda National Economic Crime Bureau told the court that Revenue had issued €67,736 in tax refunds and €39,156 in tax credits in relation to the named sub-contractors.

He told Fiona McGowan BL, prosecuting, that the bank accounts were controlled by another man.

In April 2016 Stokes pleaded guilty to a number of charges under the Theft and Fraud Offences Act, including forgery and deception. The offences took place on dates in 2006, 2008 and 2011.

Stokes, with a former address at Woodford Heights, Clondalkin, Dublin failed to appear for a sentence hearing in June 2016 and a judge issued a bench warrant for his arrest. The father of three had gone to Australia and then to the UK, Det Coyne told the court.

He was arrested a fortnight ago while travelling around during the Covid-19 lockdown and remanded into custody for sentencing today.

Seamus Clarke SC, defending, put it to Det Gda Coyne that his client’s life had “no lavish signs of wealth” and “he was not driving a flashy car”. The detective replied “he had a very nice car”.

Mr Clarke provided the court with a number of character references including one from the local school principal who described Stokes as a good father who contributed to an “after school club” and to a school road safety campaign. Counsel said Stokes had worked as a plasterer and a bricklayer.

Judge Martin Nolan said Stokes was a bright man who spotted an opportunity to defraud Revenue. He said it was a relatively sophisticated scheme that took advantages of weaknesses in the contractor tax system.

“There is no such thing as a system that cannot be defrauded,” he said. He said if a system is to be of any use to people it will have weaknesses.

He said Stokes was a good family man who had made contributions to the community and he reduced an indicative sentence of five years imprisonment to three years.

The court heard that Stokes has previous convictions for dangerous driving, deception and using counterfeit currency.

Keith Spencer BL, defending, previously told Judge Nolan that his client could not be brought to court because he was being held in quarantine as part of Prison Service policy cocooning all new prisoners for 14 days.