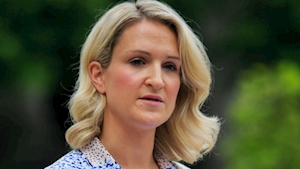 The maximum sentence for conspiracy to murder will be upped to life imprisonment under new legislation.

Minister for Justice Helen McEntee said gangland criminals should not avoid a life sentence for conspiring to murder just because gardaí foil their attempts.

It’s one of the first pieces of criminal justice legislation brought forward by Ms McEntee since she was was appointed to the justice minister role and it has secured Cabinet approval.

The previous maximum sentence for conspiracy to murder was 10 years in prison. The change is part of the new Criminal Justice (Miscellaneous Provisions) Bill 2020.

The bill will damage some of the biggest crime gangs in the Republic of Ireland as gardaí have been successful in foiling an increasing number of murder plots.

Ireland innomin - September 23, 2020
0
Sinn Féin’s finance spokesperson Pearse Doherty has described an increase in wages for TDs as “tone deaf” at a time when the Pandemic...

Ireland innomin - September 23, 2020
0
A secondary school in Co Tyrone has closed after a number of confirmed cases of Covid-19.Holy Cross College in Strabane announced the closure...