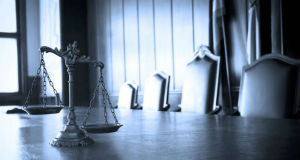 Around €273,000 worth of cocaine was concealed in a blue barrel under a pile of manure on lands by a house in North Cork and today the man who stashed it was jailed for five years.

Detective Garda William Hosford said the cocaine was one part of a total drugs haul with a street value of €646,000.

Cannabis herb and resin, and cocaine were found all over the property in sports gear bags in abandoned cars and out-buildings, said Det Garda Hosford.

Judge Seán Ó Donnabháin imposed a jail term of seven years with the last two years suspended on the man who admitted having the cocaine and cannabis at his home earlier this year at Cork Circuit Criminal Court.

Michael O’Brien, aged 44, of Bweengnamweel East, Bweeng, Mallow, pleaded guilty to a charge which can carry a mandatory minimum jail term of 10 years unless there are exceptional circumstances. O’Brien admitted having the combination of cannabis herb, cannabis resin, and cocaine at his home on February 23.

Seamus Roche, defending, said: “This was a once-in-a-lifetime mistake — a very serious mistake.”

He explained that O’Brien had been asked a number of times if he would agree to store the drugs on his property and because of financial pressures he finally succumbed.

Judge Ó Donnabháin said an aggravating factor was that O’Brien was not a drug addict and was doing this knowingly for financial reasons, knowing the damage that drugs do in society.

“He was facilitating that evil business and facilitating it with some degree endeavour, hiding it in a barrel under manure and in gear bags in various places,” said the judge.

“He was in employment which makes his involvement in this crime all the more difficult to understand.”

The sentence was backdated to when he went into custody on October 31 — the date of his guilty plea.

Det Garda Hosford testified that gardaí obtained a warrant in an intelligence-led operation and conducted the search on February 23.

O’Brien was present at the time the officers arrived and he facilitated the search and co-operated with the gardaí.

O’Brien is a qualified carpenter by trade and built his own home at the property where the drugs were located.

“He said he was approached (to store the drugs) and he turned down the advances but due to financial pressure he agreed to store the drugs. As far as I know, he does not use drugs himself,” said the detective.

Wales innomin - October 25, 2020
0
A mother has described in detail the effect of the coronavirus pandemic on her teenage daughter’s mental health. Already out of...

A mother’s desperate plea for help after her teenage daughter wanted...