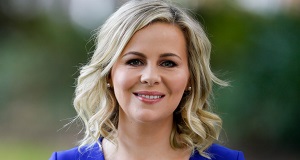 Fianna Fáil senator and Fingal by-election candidate Lorraine Clifford-Lee will not be disciplined or demoted for tweets she posted before she entered politics, the party has said.

Ms Clifford-Lee apologised after derogatory tweets about Travellers she sent up to nine years ago were published by a newspaper.

The senator is the favourite to win the by-election later this month and the party has issued a statement backing its candidate.

“The party does not propose to discipline her, and she will remain our party’s spokesperson on justice, equality, and children in the Seanad,” said the party. “Lorraine is the party’s candidate in the Dublin Fingal bye election and the Party will support her as she competes for a seat in the Dáil.”

A party spokeswoman said: “Senator Lorraine Clifford-Lee wrote these tweets in a personal capacity many years ago. It was before she was elected or became a member of the parliamentary party. It is party policy for some time that each member is responsible for their own tweets. The Fianna Fáil party does not condone these tweets and believe they were inappropriate.

“However, Senator Clifford-Lee has acknowledged her mistakes, has apologised, and deeply regrets them. She was elected to Seanad Éireann in 2016 and has supported many progressives policies since elected. She has also fully supported and conformed with the party’s policies on inclusiveness and equality.

“We believe that she will be a very effective representative in Dáil Éireann and will help to address the issues that are impacting on people’s lives every day such as housing, health, transport, and crime.”

The party was responding to queries about the tweets, which were uncovered by the Gript media website and then circulated online.

In a statement, Ms Clifford-Lee has said that the tweets are from a time “long before I became involved in electoral politics” and that they were being taken out of context by individuals “to suit their own right-wing agenda”.

“I want to be absolutely clear, the tweets were wrong and I apologise for any hurt or offence caused by them,” she said yesterday.

“Anyone who has worked with me since my election to the Seanad three years ago can confirm the role I played in promoting progressive politics. I also actively supported the marriage equality referendum and the campaign to repeal the Eighth Amendment.

Other declared candidates include James Reilly for Fine Gael, Ann Graves for Sinn Féin, Duncan Smith for Labour, Joe O’Brien for the Green Party, and the Social Democrats’ Tracey Carey.

The by-election is being held to replace Clare Daly, now an MEP.