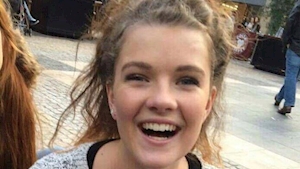 The parents of a teenager who collapsed at a Kodaline concert and later died have welcomed system changes to be implemented following her death.

Crumlin Children’s Hospital apologised to the parents of Ciara Lawlor (aged 17) at an inquest at Dublin Coroner’s Court.

The teenager had a rare and potentially fatal underlying heart condition that was only diagnosed at autopsy, the inquest heard. She suffered from a fast heartbeat, palpitations and dizziness but displayed none of the clinical symptoms typically associated with the condition, known as ARVC.

However, Pediatric Cardiologist at Crumlin, Prof. Colin McMahon said a stress test, which he had ordered for Ciara but was not carried out, could have helped diagnose the condition.

The order for the stress test got lost between his private clinic and the public hospital at Crumlin, an administration failure the hospital apologised for.

Speaking after the inquest, Ciara’s mother Eimear Lawlor described her daughter as “a fighter”.

“Crumlin (Children’s Hospital) has apologised for its systems failures and indicated to the coroner they will address these,” Mrs Lawlor said.

“She always was a fighter. She was a lovely person, she really was,” Mrs Lawlor said.

Ciara had travelled by bus to Dublin to the Kodaline concert at Marley Park with a group of 10 friends on July 8, 2016.

“Ciara was behind me, she was fine, she’d made no complaints about how she was feeling,” her friend Evelyn Murphy said.

“She fell kind of sideways, it wasn’t a hard fall and as soon as she fell she was brought to the barrier and lifted over by security,” she said.

Paramedics commenced chest compressions and Ciara was transferred to an ambulance at 11.17pm.

The ambulance arrived at Tallaght Hospital at 11.35pm. But medics could not save her life and Ciara was pronounced dead at 12.23am.

The cause of death was acute cardiac arrhythmia due to Ciara’s underlying structural heart defect, ARVC, which is genetic.

Mrs Lawlor told the inquest her daughter, who loved running, had been getting weaker in the months leading up to her death.

“She couldn’t tolerate exercise, she had shortness of breath, she was tired all the time. From Christmas on she was becoming weaker and more fatigued,” Mrs Lawlor said.

Prof. McMahon had prescribed the medication Flecainide, used to treat fast heart rates and Ciara’s dose was increased as the symptoms persisted. He said there was no way he could have diagnosed the condition ARVC in Ciara because she displayed none of the major clinical symptoms.

The coroner recommended that hospitals give patients written information on medications and their side effects to avoid confusion.