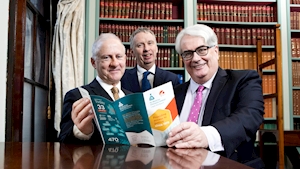 The Chief Justice has said there needs to be an enhanced system of civil legal aid and warned that the increased complexity of much litigation was putting the current system under pressure.

Speaking at an event tonight to mark the 40th anniversary of the Legal Aid Board, Chief Justice Frank Clarke said there were “limitations” in the current legal aid system.

Referring to the so-called ‘no foal no fee’ system, he said: “There has been some criticism of this system of late in the context of a contention that it feeds compensation culture.

“If measures were to be adopted which outlawed or curtailed it, it would inevitably follow that a very significant cost would have to fall on the taxpayer in providing legal aid in the many types of cases which are only brought today because of a ‘no foal no fee’ system being in place.”

However, he said family law was one area where the ‘no foal no fee’ system was unlikely to apply, given that “the funds used to cover litigation will come out of what is inevitably a finite pool”.

He said “a further consequence of the increasing complexity of litigation may mean that there will be a range of cases where it will be much more difficult for access to justice to be achieved through the ‘no foal no fee’ system”.

“Legal aid is unlikely to be considered to be at the top of any political agenda,” he said, but added there was, in his view, “a powerful moral case for enhanced legal aid”.

The chief executive of the Legal Aid Board also said it is time for a “rethink” about how it deals with certain issues in light of waiting lists for its services.

The LAB is celebrating 40 years and has provided legal assistance to more than 595,000 people — it now operates 33 law centres, 16 family mediation offices and its head office.

In recent years the issue of waiting lists for its services have come to the fore and its chief executive, John McDaid, said: “It’s no secret we have waiting lists. I would not say they [caseload] have soared but they have gone up – in the last two or three years they have increased. The challenge may be to rethink how we do it sometimes and see if there is some way of doing it so waiting lists are not necessarily part of the picture.”

Mr McDaid said that even now, more than half of all clients receive an immediate or almost immediate response, with certain cases prioritised such as those involving domestic violence or the parents of children who are the subject of an order seeking to take them into care.

He said the “rethink” could include the implementation of recommendations from an Oireachtas Committee of justice and Equality report published last year which suggests reforms in the area of legal aid and how cases are dealt with.

Mr McDaid said the Legal Aid Board is supportive of proposed reforms of the family law system and has welcomed the heads of the Family Courts Bill, which he said he hopes will be a priority for the next government. That would likely lead to greater use of mediation in cases and keep more out of the district courts. He referred to one family law case which had 100 hearing days in the district court before the matter was finalised.

Sky is giving access to Entertainment channels for just £1 over the next two...

Wales innomin - February 24, 2020
0
Now TV are renowned for their flash sales and big reductions - but few have ever been as enticing as the...

Sky is giving access to Entertainment channels for just £1 over...