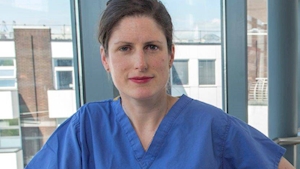 By Catherine Shanahan and Elaine Loughlin

All 15 of the doctors who oversee the running of CervicalCheck’s colposcopy services for women requiring further investigation following a smear test are considering resigning.

This follows months of abuse directed at staff working in the 15 clinics nationwide after the CervicalCheck controversy broke, and a feeling among clinicians that they were largely left to deal with the fallout from the controversy with very little support from the Department of Health and the HSE.

Dr Nóirín Russell, lead colposcopist with Kerry Colposcopy Service, said some senior members of CervicalCheck and the HSE were subjected to highly personalised abuse which is thought to have played a part in the resignation of at least two key staff members.

She said there was a “mass distrust in service and staff… fuelled by media reporting and political grandstanding”.

“Most clinics have staff that are out of work due to stress and many senior staff have resigned completely.” she said.

Dr Russell said people had called her clinic “yelling at the secretary and colposcopy nurses” after it emerged women had not been told by CervicalCheck that their smear histories had been audited.

At University Hospital Waterford, two out of three nurse colposcopists have resigned.

Dr Russell said the colposcopists themselves had not even been told by CervicalCheck that an audit was taking place.

She said the situation was handled “as badly as you could imagine” and that women “genuinely believed they couldn’t trust anyone”.

Dr Russell said the women should have been told about the audit, but also been made aware that a ‘false negative’ occurs in one in 200 smear tests.

“We cannot sustain a system where one in 200 women potentially pursue legal action because a screening test does not detect all cancers.

“This will cause cervical screening to stop and also has the potential to stop other screening programmes.”

Dr Russell said confusion around the audits led to a huge increase in referrals to colposcopy clinics — up 57% in Kerry alone — leaving the clinics swamped, with no extra resources.

“Prior to April 2018, 98% of women referred for colposcopy were seen within 8 weeks. Women are now waiting for months. Most do not have cancer, but the impact of sitting on a waiting list worrying must not be underestimated,” said Dr Russell.

Dr Russell said she welcomes the comments of Simon Harris, the health minister, on the review by the Royal College of Obstetricians and Gynaecologists of the smear histories of more than 1,000 women, published this week.

Mr Harris expressed confidence in CervicalCheck, and acknowledged that no screening programme will detect all cancers.

However, frustration around the lack of support for those operating the screening service had led to “numerous discussions” among the lead colposcopists around “whether we should all resign”.

“What stops us from walking away is that we still believe that the screening programme works and we do not want it to collapse,” said Dr Russell.

The statistics show CervicalCheck is achieving a 7% year-on-year reduction in the number of women who develop cervical cancer since it was introduced in 2010.