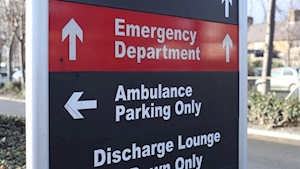 The leader of the Labour Party has said that a “catastrophic” winter awaits the country unless action is taken on emergency department wait times.

Deputy Alan Kelly is calling for free flu jabs to be offered to everyone this winter as part of a number of measures to address the issue.

He says overcrowding in emergency departments must be addressed, with recent figures showing that 10 per cent of patients at University Hospital Limerick last winter waited longer than 24 hours for treatment.

Mr Kelly says this situation is especially unacceptable in light of Covid-19: “We will have a crisis in our health service, in our emergency departments over the winter months, which will be at a scale we’ve never seen before, unless the minister acts now.

“The reality is that with Covid we cannot afford to have a situation where the overcrowding waiting times in our emergency departments across the country is allowed to happen again.”

Mr Kelly says there are a number of simple measures that could be adopted to address the issue, including ramping up ambulance services and transport provisions.

He says that for this year, the Government should also offer everyone the option of a free flu jab: “It would prevent a number of people who would end up in a hospital setting, end up in an emergency department who wouldn’t necessarily if they had the flu jab.

“So I think it would be cost effective but particularly this year, because of the situation we’re facing into with growing issues in relation to Covid as well.

“We cannot combine the normal flu season and the consequences of it with Covid, because it would be catastrophic.”

His comments come as the World Health Organisation is urging people to do everything they can to eradicate Covid-19 before the winter flu season begins.