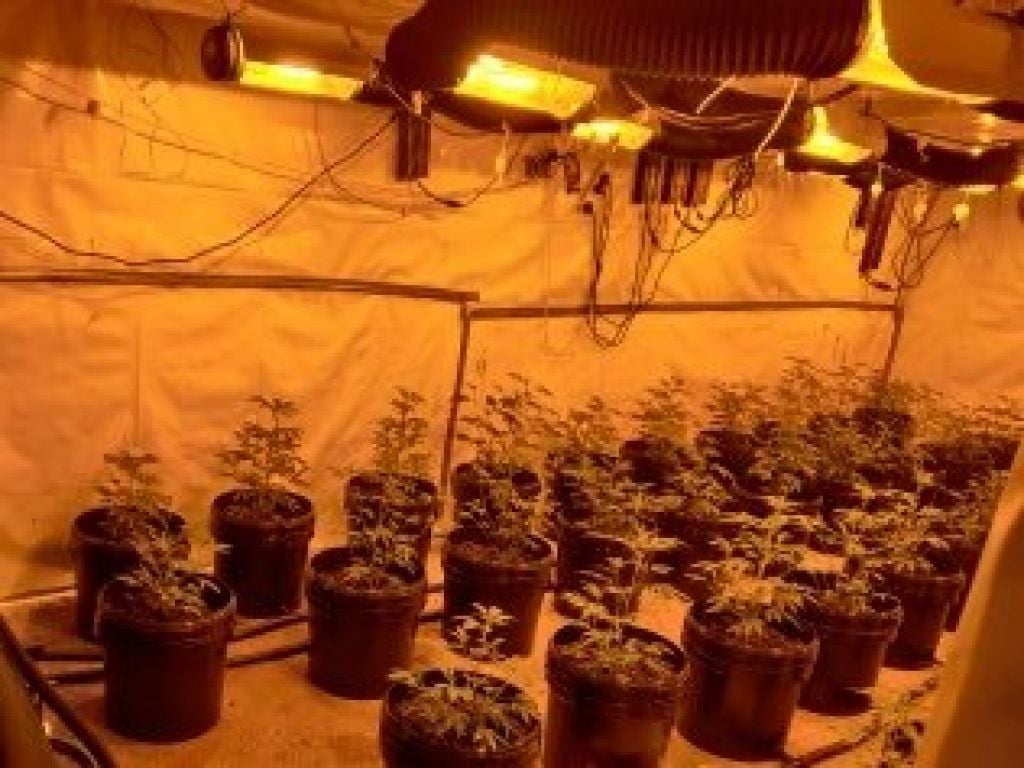 Gardaí have seized approximately €130,000-worth of suspected cannabis following a search of a residence in Co Longford on Saturday afternoon.

The drugs were located following a search conducted under warrant by gardaí attached to the Roscommon/Longford Divisional Drugs Unit.

The residence in Aughnacliffe was searched at about 1pm, during which a “sophisticated cannabis growhouse” was also located in two bedrooms and the basement.

Gardaí have seized €130,000 of suspected cannabis during a search operation in Co Longford. The discovery was made when the Roscommon/Longford Divisional Drugs Unit conducted a search of a house Aughnacliffe on Saturday afternoon. A man in his mid 30s was arrested. pic.twitter.com/haLG8VM9Nu

Cannabis plants worth an estimated €45,000 and cannabis herb worth approximately €85,000 were seized by gardaí and a man in his 30s was arrested at the scene.

The man is currently being held at Granard Garda Station under Section 2 of the Criminal Justice (Drug Trafficking) Act 1996.

Johnson trying to set up charity that could fund Downing Street flat revamp |...

UK News innomin - March 2, 2021
0
Downing Street is trying to set up a charity that could cover the expenses of the refurbishment of Boris Johnson’s flat, which he...

Johnson trying to set up charity that could fund Downing Street...