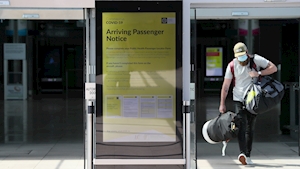 The Cabinet will meet today to consider if Stage Four of the roadmap for reopening the country will go ahead as planned next Monday.

Principal among this will be health advice on the potential impact the full reopening of pubs may have on schools resuming in September.

It comes as the number of new cases of Covid-19 reported in the past week remains high, with 46 new infections recorded yesterday – 85 per cent of which were in people under the age of 45.

Minister for Health Stephen Donnelly has said his number one focus is getting school pupils back behind their desks by September.

Ministers will also discuss the planned reopening of pubs of pubs on August 10th. However, if advice from the National Public Health Emergency Team suggests a full return of licensed premises risks a spike in cases, that reopening could be torpedoed.

Opposition politicians argue pubs are being “singled out” and that restaurants have been allowed to reopen with no associated surge in cases.

Meanwhile, the cabinet is also expected to discuss the introduction of random testing for Covid-19 at airports, along with other measures to tighten restrictions on those arriving into the State from Covid-19 hotspots.

The possible removal of some countries from the green list is also expected to be on the agenda, as cases of the virus continue to creep upwards in some countries across Europe.

Malta and Cyprus may be removed from the green list of countries from which travellers do not have to complete a 14-day quarantine upon their return, according to the Irish Times.