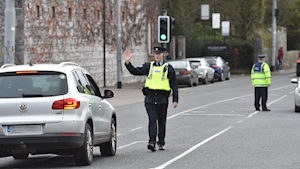 Reports of Dubliners flocking to beaches in Mayo and Wexford led to the Government introducing radical emergency policing powers for this weekend, it has emerged.

“Ringer said that locals were on to him, going bananas about the Dubs flooding the areas like Westport and Louisburg, while Kehoe was the same about the beaches in Wexford,” said one minister.

While there was a “very good debate” on Tuesday about the scope and need for the measures, several ministers raised concerns about the extent of the new powers and the impact they will have on people’s liberty.

Mr Varadkar and Mr McGrath took a strong line that the likely penalty of €2,500, or a six-month jail term was on the excessive side, but Justice Minister Charlie Flanagan said the measures were necessary.

It is also understood Mr McGrath raised concern about the 2,000 adults with intellectual disabilities in care homes being at high risk of contracting Covid-19.

Mr McGrath, who has reduced the numbers in such institutions from 4,500 to 2,000, said these people have weakened immune systems, as well as respiratory difficulties, and should be moved to more appropriate settings.

Speaking yesterday, Mr Harris said that “it would not be a wise thing” to expect public health restrictions to lift after this weekend.“If we take the foot off the pedal, the progress we’ve made would be reversed,” he said.

Mr Harris said he did not want to see what had happened in other countries happen here.

He said: “If we don’t make more progress we’re going to find ourselves in a difficult situation. We need to reduce the rate of growth. The country cannot be ‘normal’ this bank holiday weekend.”