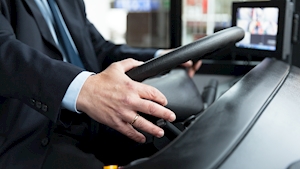 Bus Éireann has apologised to the customers affected after one of its drivers was arrested on suspicion of drink-driving while in charge of a Cork city bus with passengers on board.

The man, aged in his 50s, has since been released without charge following the incident, which took place on the Western Road in Cork city on New Year’s Day.

As part of a routine roadside check, the driver of the bus was breathalysed. He failed the test, which took place around midday. He was arrested and brought to the Bridewell Garda Station for further tests.

Passengers were removed from the vehicle and transferred onto another bus “with a minimal delay”, according to Bus Éireann.

In a statement, a spokesperson for the transport operator said: “Bus Éireann can confirm that the driver of the 11:48 Route 220 service from Carrigaline to Ballincollig was detained following a roadside check at Victoria Cross on January 1, 2020.

“The vehicle was in service at the time, all passengers were transferred onto another vehicle with a minimal delay. We would like to apologise to any customers impacted.”

Bus Éireann confirmed it is looking into the matter.

“The driver concerned is currently not working and Bus Éireann is dealing with this matter in line with our internal procedures,” the spokesperson added.

“We have no further comment to make at this time.”

An Garda Síochána said the test took place as part of a routine roadside test.

“On Wednesday, January 1, 2020, Gardaí on patrol on the Western Road in Cork City stopped a bus and conducted a roadside breath test on the driver which returned with a fail,” they said.

“A male in his early 50s was arrested at the scene on suspicion of drink-driving and brought to the Bridewell Garda Station.

“He was later released without charge. A file will be prepared for the Director of Public Prosecutions.”