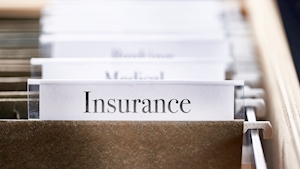 Insurers told a school that a €10,000 rise in insurance was due to claims from schools for thefts and criminal damage, a court has heard.

The statement by John Barry, the principal of St Michael’s secondary school in Finglas, Dublin, was made at the sentencing of a woman for breaking into that school in October 2016.

After her arrest, Tara Fay (aged 46) told gardaí that she was stealing to pay for drugs. She admitted trespassing and taking jumpers and tracksuits from the school.

Garda Paul Priestley told Dublin Circuit Criminal Court that €250 in cash and a mobile phone was also taken and that CCTV showed Fay entering and leaving the building.

In a victim impact statement on behalf of the school, Mr Barry said that these may have been small thefts but they had serious effects for the school.

He said that the school’s insurance costs had risen by €10,000 in a two-year period and that insurers said this was a result of “claims made by schools due to theft and damage”.

Mr Barry said this was a lot of money for a school and that he would prefer to use this money to pay for teaching supplies.

Fay of Premier Square, Finglas pleaded guilty to burglary of the school on Wellmount Road, Finglas on October 4, 2016. Her previous convictions include 39 for theft offences and 29 for road traffic offences.

Dean Kelly BL, defending, said his client is a mother of three who had been in an abusive relationship which involved violence and drug abuse.

He said this partner was a man whom gardaí had a serious interest in and that he was later murdered.

Fáilte Ireland chairman resigns after travelling to Italy on holiday

UK News innomin - August 15, 2020
0
Arsenal’s summer season cull proceeds with its optimum-profile casualty but. Raul Sanllehi finds himself confronted with an extended holiday and the club are...