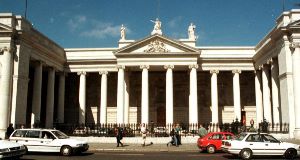 Bank of Ireland has announced that it is looking to cut 1,400 jobs over the next few years, through a redundancy programme.

It come as earlier today the bank announced it lost €669 million before tax in the first half of 2020 ahead of an expected spike in bad debt due to the coronavirus crisis.

According to the Irish Times a spokesman for the bank said on a call this morning:

“We have launched a groupwide voluntary redundancy programme to colleagues this morning. Into the medium term, we anticipate a headcount of fewer than 9,000 within the group from our current position of under 10,400.”

The bank also said that it was carrying out a strategic review to look at options for its Northern Ireland unit, and planned to restructure its wider UK business by running down its lower-margin mortgage book in that market and focusing on more profitable home loans.

According to the bank’s second quarter report, new lending volumes are expected to fall to 30 per cent, while business income will slide to between 20 and 30 per cent.

Despite the losses, the bank says the new report is more cautiously optimistic than its first quarter report.

Bank of Ireland CEO, Francesca McDonagh, says many customers on a payment break are looking for an extension.

“We are seeing just over 50% of mortgage customers want to have another three month payment break and it’s slightly higher for SME customers.

“We are below the market, but still slightly higher than we would have seen in mortgages and I think a lot of that is to do with businesses waiting to get benefits from the Capital Guarantee Scheme.”