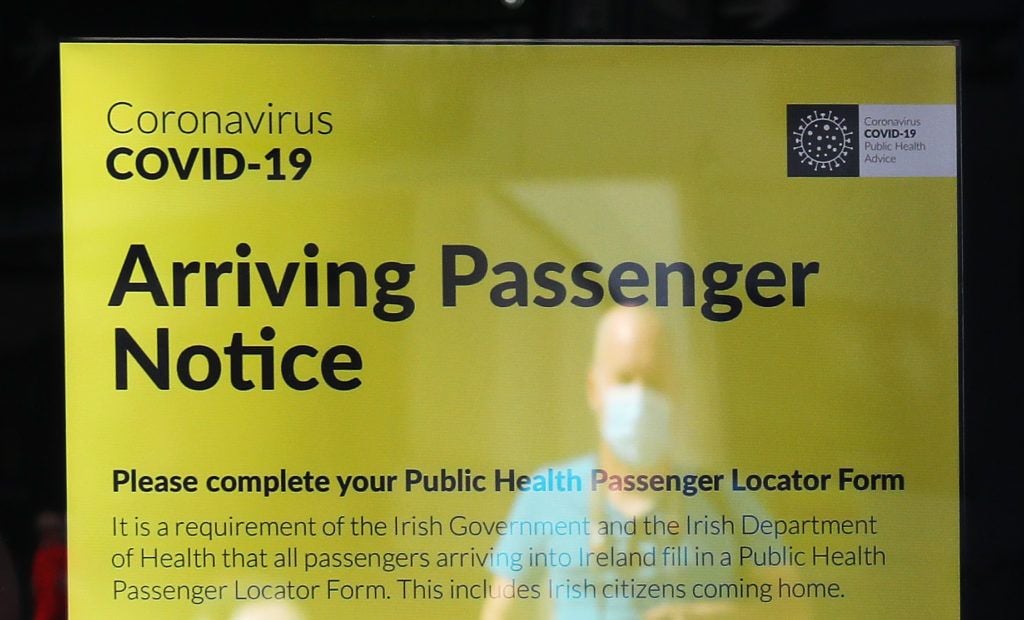 The Government has stopped collecting data on whether people are travelling into the State for an essential reason since early February, it has emerged, including seeking such information from those travelling from high-risk countries.

Replying to a parliamentary question from the Social Democrats TD, Róisín Shortall, the Department of Health said the passenger locator form was amended and “the declaration on essential travel [is] no longer recorded”.

According to The Irish Times, figures collected for the first week in February, the last week when such information was sought from incoming passengers, show 46.3 per cent of 12,659 people claimed they were travelling for essential reasons.

Ms Shortall, the Social Democrats’ co-leader, said there was no apparent reason why passengers were no longer being asked to say if they were travelling for essential reasons.

“It seems to be a move which will only serve to obfuscate the facts on international travel. Why was this decision taken and are there any grounds for it?” she asked.

She said the Government should “be making every effort to increase transparency and public access to data, whether that is in relation to travel, vaccines or case numbers – not reduce it”.

Asked why the essential travel data was no longer gathered, a spokeswoman for the Department of Health said it was “removed from the form in February with the introduction of new regulations on mandatory quarantine”.

Restrictions on arrivals from Brazil and South Africa were imposed on January 26th, but plans to introduce mandatory hotel quarantine quickly have so far stalled.

The Department of Health has said it is in advanced discussions with an operator for the mandatory hotel quarantine service, but an anticipated announcement of the counterparty to the deal and when the service would begin did not materialise this week.