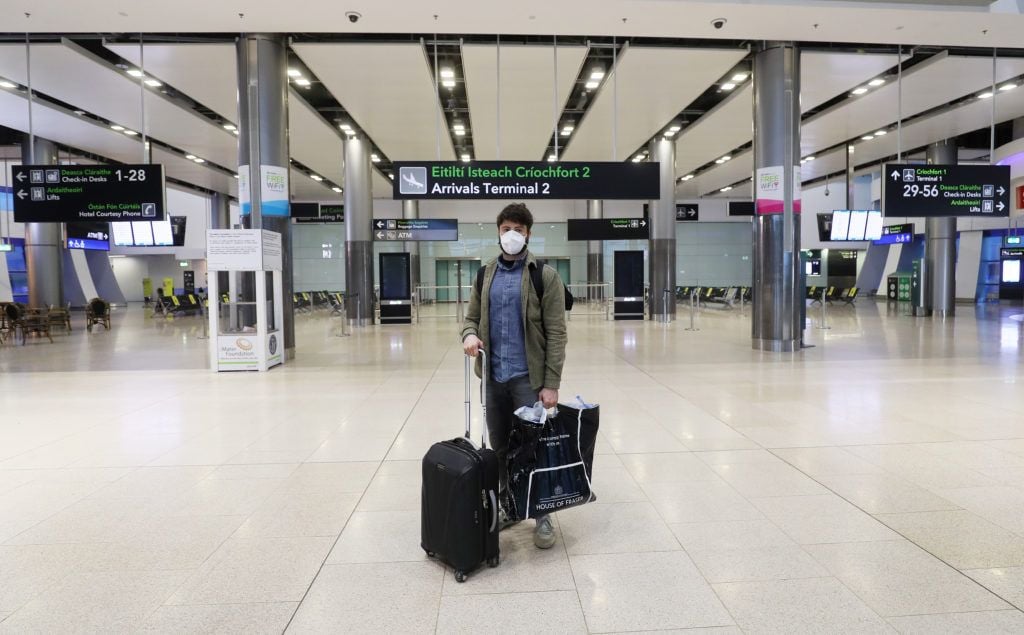 The Government will consider proposals to introduce mandatory quarantine for passengers arriving into the Republic who do not have a valid PCR test showing they are Covid negative.

The Cabinet is coming under increasing pressure to introduce tougher restrictions after the State’s public health team said existing pre-flight tests were not enough and the EU mulls a ban on non-essential travel between member states.

Ministers will meet on Tuesday and move to extend Level 5 restrictions until late February at least as the virus continues to spread and hospitals are under severe pressure.

A Government source told The Irish Times that “nothing is being ruled out” in relation to tightening the rules on incoming travel.

Among the explored options are regulations that will require a passenger without a PCR test to go into compulsory quarantine in a designated location, such as a hotel, for 14 days or until they can show a clear PCR test.

There are growing concerns around the spread of three new variants of Covid-19 through travel, as figures show more than 3,000 people from South Africa and Brazil, and 37,000 from the UK flew into the State in the five weeks to January 11th.

“There’s a lot of concern about the variants across the member states, people are really worried about it,” Taoiseach Micheál Martin told The Irish Times following a video conference of EU leaders.

The National Public Health Emergency Team (Nphet) on Thursday night said the UK variant accounted for more than 60 per cent of samples recently tested. It reported 51 more deaths and 2608 new cases of the disease.

The European Centre for Disease Prevention and Control (ECDC) on Thursday raised the risk of new variants to high to very high and warned that the greater infectiousness of the UK variant was likely to lead to “higher hospitalisation and death rates”.

There is mounting pressure for a ban on non-essential travel between EU members.

The European Commission proposed to EU leaders on Thursday identifying “dark red” coronavirus hot spots from which all but essential travel would be discouraged after a meeting to discuss the mounting challenge from more infectious virus variants.

EU leaders also agreed during a video conference that it should be possible to agree on common standards for vaccine certificates for medical purposes. However, they left for later a debate on whether they could be used to enable travel, as Greece and Spain want.

European Commission President Ursula von der Leyen told a news conference after the meeting that the health situation in Europe was “very serious”, with new variants and an increase in infections.

She stressed that countries should not close their borders, to ensure the functioning of the single market, including the flow of goods and travel for cross-border workers.

However, she said the Commission would add a new “dark red” category to its traffic light indications of risk, for regions where the virus was circulating at a very high rate. Today, almost all of Europe is red.

“Persons travelling from dark red areas could be required to do a test before departure, as well as to undergo quarantine after arrival,” she said, adding all non-essential travel should be discouraged from these areas. – Additional reporting: Reuters