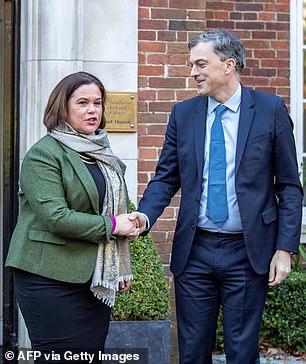 Boris Johnson served his revenge chilled to perfection today as he sacked two senior ministers months after they incurred the wrath of Downing Street.

Julian Smith was ousted as Northern Ireland Secretary this morning just weeks after he sealed a widely-supported deal to restart power-sharing in the province.

He is reported to have angered No 10 over the terms of the deal with relation to prosecutions of British soldiers.

Theresa May‘s former chief whip, he is also thought to have only narrowly avoided the sack last September when he questioned preparations for a No Deal Brexit and its impact on Ulster.

A short time later Attorney General Geoffrey Cox was also forced out, further reducing the number of ministers who also served under Theresa May.

His future is also thought to have been in doubt since last autumn, when he told the PM that proroguing Parliament was ‘lawful and within the constitution’, only for it to be overturned by the Supreme Court. 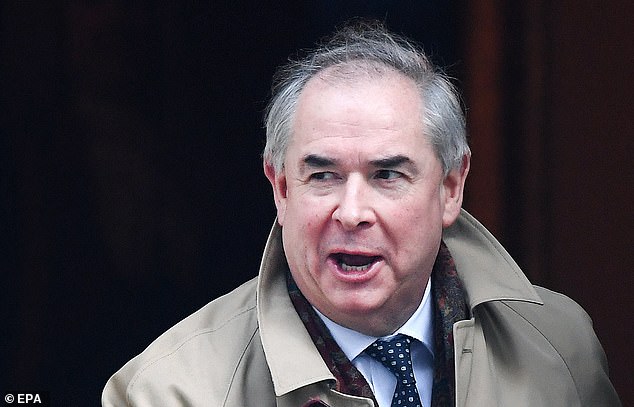 Attorney General Geoffrey Cox was also forced out, further reducing the number of ministers who also served under Theresa May. 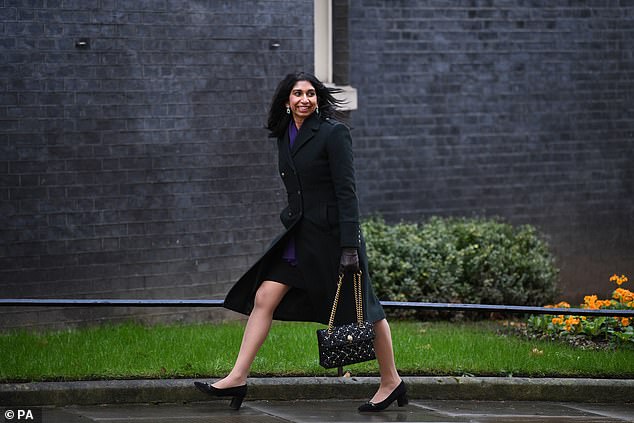 He was replaced by Suella Braverman, the former Brexit minister and hardline Eurosceptic 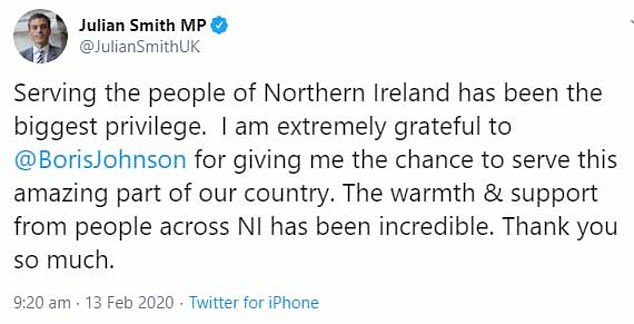 The sacking of Mr Smith was criticised by politicians on all sides of politics in Northern Ireland and Ireland.

He was replaced by Brandon Lewis despite success in delivering a power-sharing deal in the fragile region, which saw the Northern Ireland Assembly restored after three years of deadlock.

Taoiseach Leo Varadkar hailed Mr Smith as ‘one of Britain’s finest politicians of our time’.

And First Minister Arlene Foster, leader of the unionist DUP, praised the outgoing secretary of state for his ‘incredible’ dedication.

Downing Street reportedly felt left out of the loop over the terms of the deal Mr Smith was negotiating last month.

There are concerns in Tory circles that the agreement includes an investigation into alleged crimes by British soldiers during the Troubles.

But those close to Mr Smith insisted that Number 10 and the Prime Minister had been kept fully informed about the terms of the Stormont arrangement. 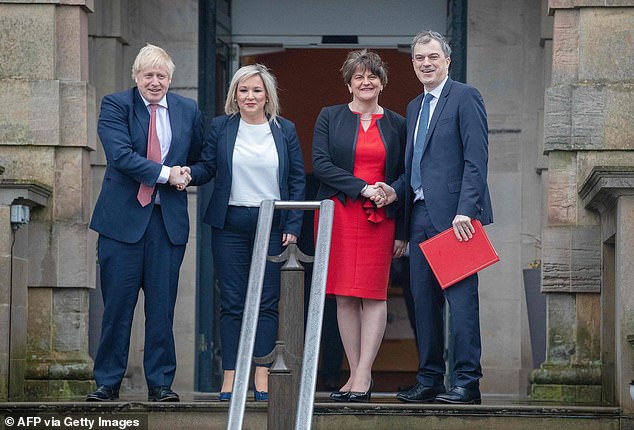 Relatively unknown in Westminster before becoming Attorney General in 2018, Mr Cox became a key player in Theresa May’s government in the run up to the original March 29, 2019 Brexit deadline.

He announced himself on the national political scene with a barnstorming speech as the warm up act for Mrs May at Conservative Party conference in October 2018.

With his booming voice and soaring rhetoric he left many in the conference hall wondering why he wasn’t the prime minister.

His professional opinion would later have a major impact on Britain’s departure from the EU.

MPs wrestled with the government as they demanded Mr Cox’s Brexit legal advice be published with the Commons eventually victorious in the contest.

The publication of the legal advice in December 2018 torpedoed Mrs May’s hopes of getting her Brexit deal through parliament because in it Mr Cox said the UK could not unilaterally leave the Irish border backstop protocol if it was ever implemented.

But last year he blotted his copybook in the eyes of No 10.

The government’s chief law officer advised Mr Johnson that there was no problem with his prorogation plan, and any criticism would be ‘politically motivated’.

But the eminent QC was embarrassed after the Supreme Court ruled unanimously that the suspension was illegal and an ‘extreme’ move to ‘frustrate’ debate on Brexit.

At the time a spokeswoman for his office said: ‘The Government acted in good faith and in the belief that its approach was both lawful and constitutional.

‘These are complex matters on which senior and distinguished lawyers have disagreed.’

Wales innomin - February 25, 2020
0
Myths surrounding interest payments, credit limits and how often you need to use your card are damaging the credit ratings of...

Ireland innomin - February 25, 2020
0
The Office of Public Works has released new images of its proposed flood defences for Cork.The latest computer-generated images show how the proposed...

Wales innomin - February 25, 2020
0
A family in Newport was left shaken following an alleged burglary when a man is said to have walked into...

Family left shaken after man walked into Newport their home and...