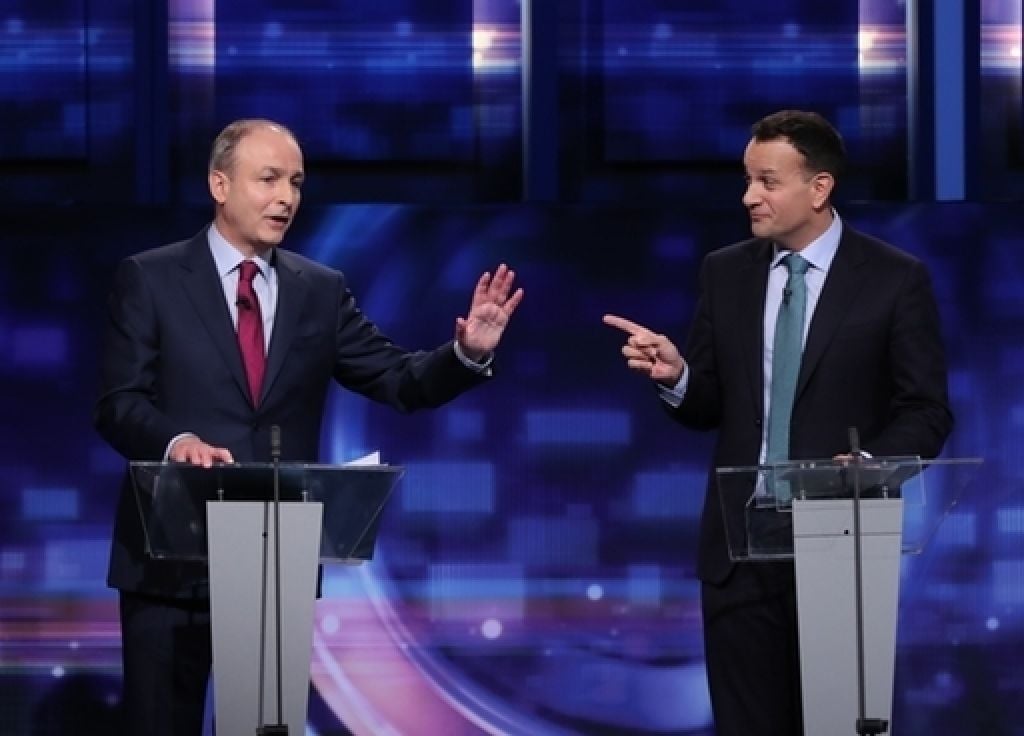 It’s a year today since the country went to the polls in election 2020.

It was an election campaign where Covid-19 did not feature at all as an issue, in a year that has seen politics turned on its head.

While Fianna Fáil and Fine Gael eventually agreed to an historic coalition, they both insisted that would not be the case.

Fianna Fáil leader Micheál Martin said: “We will not be entering into a grand coalition, people want change in this country, they want Fine Gael out of office.”

In a notable debate, Fine Gael leader Leo Varadkar said: “Putting Micheál Martin and Fianna Fáil back in charge of our economy would be like asking John Delaney to take over the FAI again in nine years’ time.”

However, Sinn Féin’s success forced the two parties to reconsider.

Now Sinn Féin is settling into life leading the opposition, after Fine Gael and Fianna Fáil wouldn’t talk to them about forming a government.

Though that view is changing, with a significant number of Fianna Fáil TDs telling the Irish Times they would consider it.

Politics as usual was largely suspended during Covid, but battle lines are once again being drawn.

And while election 2020 feels like both yesterday and 17 years ago at the same time, as ever politicians are turning one eye to the next election, whenever it may be.