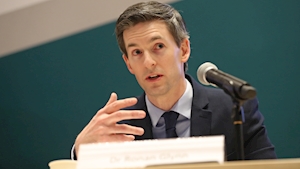 There are 57 new confirmed cases of Covid-19 in Ireland today, according to the Department of Health.

31 out of the 57 cases are confirmed to be associated with outbreaks or are close contacts of a confirmed case and eight cases have been identified as being community transmission.

In terms of the location of new cases, the department confirmed that 19 cases are located in Kildare, 11 in Dublin, 10 in Offaly, seven in Limerick, and the rest of the cases are in Clare, Cork, Galway, Kerry and Wicklow

Yesterday it was announced that there were 68 new cases of Covid-19 confirmed Ireland, according to the Department of Health.

No new deaths related to the disease were also reported, leaving the death toll at 1,772 in the State.

Of the new cases, 41 were confirmed to be associated with outbreaks or are close contacts of a confirmed case, while two cases were identified as community transmission.

Meanwhile, Ireland has surpassed the UK’s incidence rate of Covid-19 following a surge in cases over the past number of weeks.

The 14-day incidence rate of the virus in the Republic has increased to 16.9 cases per 100,000, according to data from the European Centre for Disease Control and Prevention (ECDC).

Ireland innomin - September 19, 2020
0
New Covid-19 restrictions have come into place overnight in Dublin.People are not allowed to enter or leave the county unless it is for...