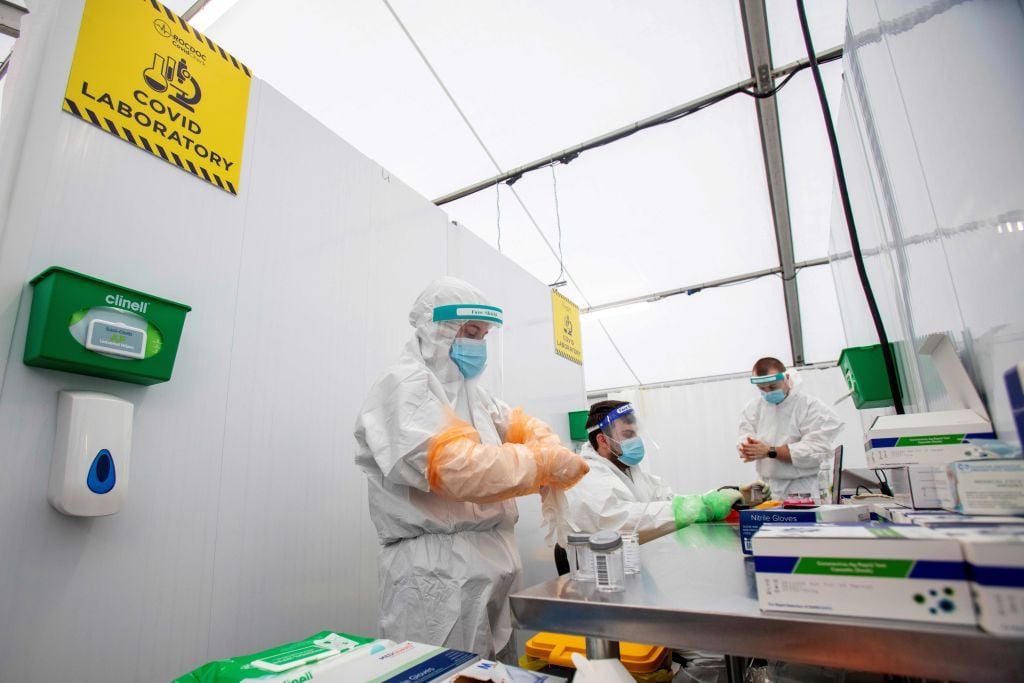 A further 39 deaths and 462 new cases of Covid-19 have been recorded in the Republic.

Ten of these deaths occurred in March, 12 occurred in February, 13 in January, and three took place earlier than this. One further death is under investigation.

The latest figures show 460 Covid-19 patients are in hospital, with 107 in intensive care.

“These reports should be interpreted with caution as the coroners have not yet concluded their findings.

“The HSEs National Women and Infants Programme is aware of and is monitoring the situation and has issued a related notice to obstetric departments.

“I would ask that the privacy of all of those affected by this disease continue to be respected at all times.”

Meanwhile, the head of the HSE said the Republic’s incidence of Covid-19 is continuing to improve, but “at a slower rate”.

Paul Reid said positive signs of the impact of vaccinations for older people were beginning to emerge.

“Of the new cases notified over the past two weeks, 478 cases had the most likely transmission source of a healthcare setting,” he said.

“That is down from over 1,050 cases in the previous two weeks.

“During the same time-frame the overall number of cases reduced by 24 per cent, but the reduction in health care setting-acquired cases was more than double that at 52 per cent, so it would seem we are seeing some of the early benefits of vaccinations.”

Mr Reid said hospital admissions were reducing, not at the pace he would like, but a continued trend downwards was being recorded.

The chief executive acknowledged the issues in the rollout of the vaccines in the past week, and said there would continue to be “interrupted supply lines” in the coming weeks.

“We’ve been advised by AstraZeneca on changes to their committed supply lines to us over a three-week period ie last week, this week and next week,” he said.

“We’ve bene advised by AstraZeneca that these commitments will balance themselves out over the three-week period but we still do have concerns about it because it has been an interrupted and changing supply.

“It has particularly impacted us last week and it will do this week as well.”

Despite vaccine supply issues at GP practices in the past week, Mr Reid told the weekly Covid-19 briefing that the “vast majority” of people over the age of 85 will be vaccinated by the end of the week.

In the North, three more people have died with Covid and another 163 tested positive, the region’s Department of Health said.

A total of 244 Covid patients are in hospital in Northern Ireland, with 29 in intensive care. – Additional reporting: PA